Yes, you read that right. Fallen figure Mark Karpeles wants to resurrect Mt Gox, which collapsed in 2014 with the loss of 850,000 bitcoins. He proposes using an ICO and he’d really like your help. Where else is he going to raise the required $245 million? It sounds absurd, but before you hit caps lock and head straight to the comments, take a moment to hear the man out.

When Mt Gox folded, hundreds of thousands of bitcoins went with it – customers’ bitcoins, which would today be worth billions. In the resultant fallout, Karpeles, a maverick who had once sat on the Bitcoin Foundation, was vilified. After it emerged that the former CEO could inherit a post-liquidation windfall, the knives came out and old wounds were reopened. 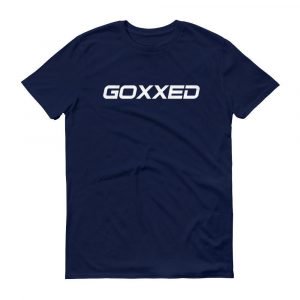 Karpeles may or may not be in line for a bumper payday, but whatever the outcome of the Mt Gox bankruptcy case, the Frenchman’s name will cause creditors to shudder forevermore. One might have expected Karpeles to keep his head down until the latest storm had blown over, but that’s not his style. In an astonishing and intriguing blogpost, Mark Karpeles has broken his silence to propose an audacious solution to the Mt Gox problem.

The Corpse is Still Twitching

In a lengthy blogpost, Karpeles summarizes the ongoing bankruptcy case and makes mention of Coinlab, whose separate $75 million claim he blames for delaying proceedings. (He also notes that the issue of bitcoin cash was mentioned at the last creditors’ meeting – an intriguing curveball, given that there must now be an equal number of BCH to distribute alongside the 202,000 BTC that were recovered shortly after the bankruptcy was declared.)

Karpeles then contemplates what happens once the bankruptcy proceedings have been concluded, confessing:

I have been pondering how to proceed should I want to solve this matter myself – which sounds better than being the object of hate of thousands of people for the rest of my days.

Bringing MtGox up through…new management and ownership sounds actually more and more easily done than before. This could work, joined with a solution similar to what Bitfinex did, where liabilities are covered with tokens issued to creditors.

That’s right, Karpeles just proposed bringing Mt Gox – the most maligned bitcoin exchange in history – back to life. While most people’s first reaction will be to laugh this off, it’s an idea so crazy it might just work. Token issuance wasn’t a thing back in 2014. If it had been, Mt Gox could have hypothetically picked up the pieces and carried on.

From Perdition to Redemption

Gox’s losses were several times greater than the 120,000 BTC stolen from Bitfinex last year. Given Mt Gox’s dominance in 2014, however, had the frigate foundered on and the water been bailed, there’s a chance that by now it might have been shipshape. 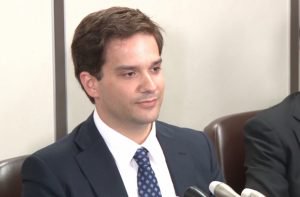 But that’s all hypothetical. Back in the here and now, Karpeles’ proposal of boarding the Marie Celeste and raising her sails once more is sure to be shot down. The bitcoin world has come a long way since the Gox, Bitstamp, Btce, and Vircurex days. The Japanese exchange is a relic from a bygone era. Mark Karpeles seems undeterred however, averring: “MtGox would only need a new management team…and 245 million USD.”

Though Mt Gox’ creditors will disagree, Mark Karpeles isn’t really a ”bad guy”. Bumbling, yes. Unfit to have custody of millions of dollars, yes. But the coy Frenchman isn’t the pantomime villain he’s been made out to be. Karpeles concludes by putting two proposals on the table: to sell the Mt Gox name to anyone willing to reanimate the zombie’s corpse, or to launch an ICO to serve the same purpose. He’s self-aware enough to admit “I wouldn’t have anything to do with MtGox anymore, which I guess most people would agree is a basic requirement” and concedes:

In case there is not enough raised it could still be locked to be distributed to creditors, which would be better than nothing.

He then finishes: “Should anyone have 245 million USD sitting around and want to purchase MtGox, just drop me an email.”

In an AMA hosted by an ex-Gox employee, one Redditor put it best: Karpeles is “a classic neckbeard who just got lucky and won a lottery”. The man got in over his head and now, belatedly, is trying to make amends. So whaddya say: who’s for an MTG token sale?