The largest operator of movie theaters in Thailand is building a digital payment ecosystem in the country through a partnership with Swiss payment company Rapidzpay, the Nation Multimedia recently reported.

Founded in December 1995, Major Cineplex currently lists 143 theaters throughout Thailand on its website, 43 of which are in the greater Bangkok area. The group owns “678 screens, including 7 in Cambodia and 9 in Laos, and plans to expand to 1,000 screens by 2020,” Forbes reported in May last year.

Among the group’s properties is Thailand’s largest multiplex, the Paragon Cineplex, with 16 screens, 5,000 seats, and an Imax theater. It is located in one of Bangkok’s most prestigious shopping malls, the Siam Paragon, known for its luxury goods, floors of restaurants, an aquarium, an art gallery, a large bowling alley, a karaoke center, and a concert hall. It was also at the Paragon Cineplex that Major Group and Rapidzpay signed their partnership agreement. 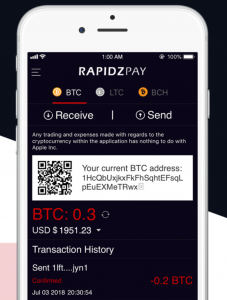 Merchants can use Rapidz point-of-sale system to accept cryptocurrencies as well as fiat currencies, the Nation detailed. “Major and Rapidzpay will integrate cryptocurrency payments into established payment gateways to make payment for Major products and services more seamless, secure and efficient.”

While Major Group has not announced which cryptocurrencies will be accepted, the coins supported in both the iOS and Android Rapidzpay apps currently include BTC, BCH, and LTC.

Chanya Tamrongweenichai, the director of marketing at Major Cineplex Group, was quoted by the Nation saying the group believes “Rapidzpay will expand to our other businesses and lead the change for Thailand’s financial ecosystem to be cashless,” noting:

You’ll be able to buy any services and products from us, such as movie tickets, popcorn and other different products with cryptocurrency. 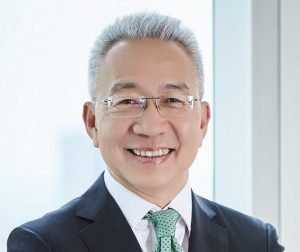 Thailand’s cryptocurrency regulation recently went into effect with the Thai Securities and Exchange Commission (SEC) as the primary regulator of crypto businesses. The SEC announced last month that it will allow seven cryptocurrencies to be traded at exchanges in the country: BTC, ETH, BCH, ETC, LTC, XRP, and XLM.

The SEC’s Secretary-General, Rapee Sucharitakul, was quoted explaining this week that “the SEC is (now) open for application approval for operating a digital asset business, as the Finance Ministry’s announcement on digital asset licenses has come into force,” the Nation further detailed:

Rapidzpay is targeting a million active users in Thailand within its first year by attracting both existing and new crypto-enthusiasts who are looking for a simple and convenient platform to convert between fiat and cryptocurrency.

What do you think of Major Group adding crypto payments? Let us know in the comments section below.