You’ve heard of KYC – Know Your Customer – and possibly also KYT – Know Your Transaction – but have likely yet to experience it in action. KYC have lately become the norm for crowdsale registration and exchange verification. Now, KYT is on the rise, and it threatens to blacklist bitcoiners whose cryptocurrency is deemed unclean.

How Clean Is Your Crypto?

It seems hypocritical to expect cryptocurrency users to account for where their coins came from. Surely it’s no one’s business what your bitcoin was spent on before it was passed on to the next person, and besides, doesn’t discriminating against specific coins go against the very concept of fungibility? Like it or not, KYT is on the rise, and if left unchecked, could create a two-state bitcoin, with one highway for the verified and one for the unverified and their “dark money”.

One company whose name is synonymous with the rise of Know Your Transaction is Chainalysis. The firm, who specialize in following the money trail through the blockchain, are a controversial company to say the least. On the one hand, their software has helped trace the movements of Mt Gox’ stolen bitcoins. But on the other hand, cryptocurrency users don’t like to think of their every transaction being recorded and associated with their real world identity in perpetuity. And having recently raised $16 million, Chainalysis’ snooping tools are coming soon to a blockchain near you. 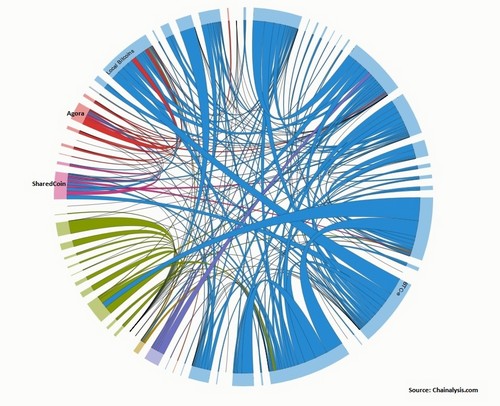 When KYC No Longer Cuts It

Chainalysis isn’t the only company advancing the field of KYT, for better or worse. It is now routine for some crowdsales to ask investors where their funds were sourced, and to confirm that they weren’t obtained by illegal means. There are unanswered questions, though, about what even constitutes tainted cryptocurrency. Some people would agree, for example, that the $400 million of NEM stolen from Coincheck could reasonably be labeled as dirty money. But what about coins that have passed through a deep web marketplace, even though they could have been used to make a purchase that was entirely legal?

From the perspective of banks and exchanges, which must tread very carefully and be seen not to turn a blind eye to money laundering and other illegal activities, KYC may not be enough. It is, after all, a static process that can vouch for the legitimacy of a particular person at a particular moment in time. It cannot, however, identify if that individual later comes into possession of laundered assets. 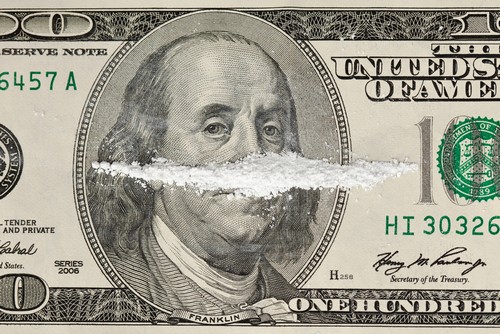 How Clean Is Your Fiat?

Technology is neither inherently good or evil; it is simply created, and then purposed in ways benevolent and malevolent. If Chainalysis, Elliptic, Bitfury (Crystal) and others hadn’t developed KYT software, someone else would – and law enforcement would be queuing up to buy it from them instead. With an estimated 90% of U.S. bills tainted with cocaine, and the greenbacks in your wallet likely to have been used to fund various illegal activities, cryptocurrency is no dirtier than fiat currency – in fact it’s probably cleaner. The difference is that banknotes can’t be monitored in real time as they pass from person to person.

One of bitcoin’s greatest strengths – its transparency – it also its weakness. For now at least, there are still ways to enter and exit the world of cryptocurrency without having to verify your identity and account for the provenance of your funds. Those doors are rapidly slamming shut though as KYT becomes the new KYC.