The Japanese Financial Services Agency has recently published a document clarifying its financial administrative policies, including its policy on cryptocurrencies and initial coin offerings (ICOs).

The FSA first discussed the protection of digital currency exchange users. Citing that cryptocurrencies utilize blockchain technology “which was not seen before,” the agency stated that to protect users, daily business management and system management are required.

Consequently, the agency plans to “look at the trends in the [digital] currency market” and ensure appropriate business operations are conducted at exchanges. Moreover, the FSA affirmed that attention must be paid to “the balance between the promotion of innovation and the protection of users,” adding that:

It is necessary to monitor whether the system is in place…we will respond to changes in the environment surrounding the virtual currencies for protecting users, such as verifying [that] appropriate explanation / information provision for users is in place.

In addition, the FSA aims to ensure users’ security “through safe and stable system operation and fraud prevention.” This will be done by verifying whether an appropriate risk management system has been established at each cryptocurrency exchange. The agency will also ascertain whether effective countermeasures to prevent fraudulent acts such as money laundering have been implemented. 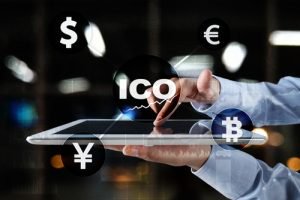 The FSA also discussed ICOs in its document. Citing an increase in token sales which can lead to the receipt of digital currencies, the agency noted that “it is thought that the fund settlement law is applicable” to ICOs.

However, this is not always the case as stated in the agency’s earlier announcement on the subject. The FSA explained:

For fraudulent ICOs, we will respond in cooperation with ministries and agencies, promote a voluntary response by the industry and users…We aim to protect users by alerting them to ICO risks.

The crypto world is not happy with Deepak Chopra