The chairman of the Israel Securities Authority (ISA), Professor Schmuel Hauser, has recently outlined a number of the regulator’s concerns regarding cryptocurrencies and initial coin offerings (ICOs).

“There’s a Difference Between Blockchain Technology in General, and Cryptocurrencies and ICOs”

Professor Hauser opened his address by seeking to demarcate between the blockchain and cryptocurrency industries. The ISA chairman stated that “blockchain technology is here to stay and will enter every aspect of our lives,” suggesting the ISA’s expectation that distributed ledger technology will become embedded in existing financial processes.

Regarding cryptocurrency, professor Hauser expressed far more caution, stating that cryptocurrencies “are a totally different game. It smells like a bubble. Who says that bitcoin is worth $7000?!” The chairman added that he “want[s] to make sure that the world of [cryptocurrencies] is not a new mutation of the binary options industry.”

“We’re Going to Look at the ICO Industry on a Case by Case Basis, Not Ban It Altogether” 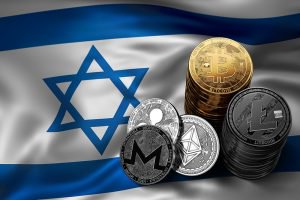 The chairman emphasized that the ISA will assess the regulatory requirements and legal obligations of initial coin offerings based upon the particularities of each ICO, and that the ISA will not seek to implement an outright ban on the nascent industry.

Professor Hauser stated that only ICOs determined to comprise securities will fall under the regulatory jurisdiction of the ISA. If an ICO is deemed to comprise a cryptocurrency “and not a security, it will not fall be regulated by the ISA. The chairman did, however, note the possibility that ICOs that do not issue securities may still be subject to regulation “through corporate laws.”

Mr. Hauser also emphasized his concerns with “the lack of transparency in the ICO industry,” stating that “ICOs are a part of a welcomed evolution in the funding industry. But it needs to be properly managed and regulated.”

In September, the ISA announced that it had established a new committee tasked with assessing the need for ICO regulations in Israel, and whether or not ICOs should be subject to securities regulations. The committee is expected to deliver its assessments by December 31st, however, Professor Hauser’s recent statements appear to indicate that the ISA has already come to several conclusions regarding the legal status of ICOs in Israel.