For only the second time in its history, an attempt at tokenizing Ripple’s XRP ledger through an initial coin offering (ICO) is being seriously offered by a group not formally associated with the company. It’s an interesting juxtaposition for a project widely believed to be actively separating itself from the messiness of the cryptocurrency world. ICOs are an unintended use case, it turns out, for the legacy banking establishment’s favorite new settlement tech, and, if it proves successful, could push the XRP ledger into Ethereum territory.

“XRP Ledger is open-source and a decentralized platform,” a Ripple spokesperson is reported to have commented, “so people can build whatever they want, but Ripple isn’t interested in promoting or supporting ICOs on the ledger.” The dismissive statement comes from the news that a Brazilian group of earnest XRP fans have launched Allvor, an ambitious ICO built on top of the tech, much in the way similar proposals happen on purpose with Ethereum. 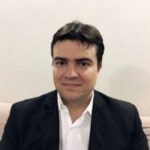 Ripple is often lambasted as being too close to power.

ERC20 endeavours, however, come with considerable baggage, as less than honorable projects are associated with it. And in an increasingly competitive crowdfunding environment, entrepreneurs in this space are searching for inventive ways to present the idea. Ripple has long been associated with traditional banking concerns, andboastsabout that fact. It’s safe to assume an ICO touting even a loose association with the third largest crypto by market cap, and darling of the status quo, might be able to attract a pretty penny.

Allvorbills itselfas “the first cryptocurrency issued in the XRP Ledger with a focus on e-commerce,” writes Cleyton Domingues, co-founder and Public Policy and Management Officer in Brazil’s Ministry of Economy, Planning and Development. Mr. Domingues, along with associates Syval Peres and Leandro Gonçalves, insists “integrating the XRP Ledger’s superior technology with systems and protocols used in e-commerce as a way to boost the cryptocurrency use on a global scale,” breathlessly describing XRP as “the best and most efficient distributed database technology ever made.”

Complicating matters for Allvor are many-fold: for an ecommerce solution to work, it must have infrastructure, not just a claim to transaction speed, and that takes money; ALV, then, will be the token to help that process along. Furthermore, the project is bootstrapped which inevitably means an airdrop, which by the nature of the XRP Ledger means users must essentially agree to the project in order to receive and use ALV. And that bit is actually a selling point for Mr. Domingues, who believes such a feature allows for a kind of user control unheard of using Ethereum, for example.

Been There, Done That

At least one XRP enthusiast is voicing intense skepticism at the prospect of Allvor. “The total amount of ALV to be created equals to the total amount of XRP in existence,” a commenter wrote, “However Allvor has allocated only 5% for the initial release. Theoretically all XRP holders could apply for the Airdrop, so what happens in this case, 95% of them will be left out?” 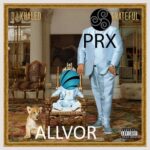 There is also the issue of “telling a third anonymous party how much XRP you hold and what is/are your account(s). If you don’t use a proxy, you will reveal to Allvor your IP address too, because you will have to use their app to register, see their whitepaper. Maybe you will reveal even more, so far we don’t know what will the registration exactly look like,” the commenter worried.

To that end, XRP is having aheck of a timetrying to get listed on exchanges. Notoriously, reports have it Ripple attempted to sweeten a potential exchange addition by offering gobs of money. No takers. This creates an interesting problem for those who might wish to alter their ALV position, attempting to cash out.

And this isn’t the first time a Ripple ICO has been tried. Summer of last year, Jon Holmquist launched anill-fated project, only to be squashed two days later by way of US Securities and Exchange concerns. In answer, he stepped back completely, writing “I will not be participating in the auction at all. I will not put in a bid for any of the PRX tokens. I think I am legally barred from doing so in the U.S. under auctioneering laws.”

Do you think ICOs are XRP Ledger’s future? Let us know what you think in the comments below.

We got it all at Bitcoin.com. Do you want to top up on some bitcoins? Do it here. Need to speak your mind? Get involved in our forum. Wanna gamble? We gotcha.