News.Bitcoin.com recently reported on the San Francisco–based digital library, the Internet Archive, ‘hodling’ its bitcoin donations and making some nice gains in the nonprofit’s yearly earnings reports. This week the Internet Archive has announced it will be accepting two more cryptocurrencies — bitcoin cash and zcash.

On November 16, the Internet Archive revealed it will now accept bitcoin cash (BCH) and zcash (ZEC), alongside the bitcoin (BTC) donations it’s been accepting since 2012. The nonprofit explains the team has always been a fan of the cryptocurrency movement just as they believe in providing a free and secure internet backup for the public.

“We’ve been accepting Bitcoin donations since 2012, and starting this week, we are now accepting donations of Bitcoin Cash and Zcash,” explains the Internet Archive’s recent blog post.

It all started when ‘UKcryptocurrency’ tweeted us asking the Internet Archive to start accepting bitcoin cash — We love a good challenge and got that link up within hours. 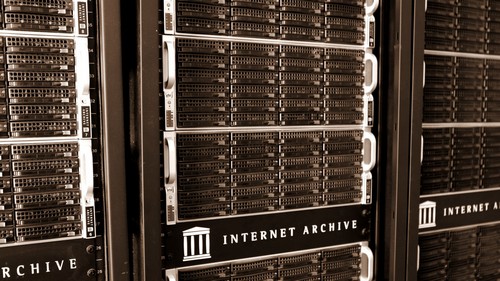 Accessible Knowledge Forever and for Free

Founded by Brewster Kahle in 1996, the Archive has been a popular 501(c)(3) nonprofit headquartered in the U.S. The platform allows individuals to upload and download a vast cache of digital data while also managing a web archive called the Wayback Machine. According to Wikipedia, the Archive hosts the largest book digitization cache in the world.

Kahle has explained that cryptocurrency donations have been a big part of the charitable organization’s funding, and he’s even paid Archive employees in bitcoin over the years. The disruption bitcoin brings to the world of finance is very much tied to the evolution of the information age, and Kahle aims to keep the archive going for generations to come.

“We are a non-profit organization with a huge mission: to give everyone access to all knowledge — the books, web pages, audio, television and software of our shared humanity — Forever — For Free,” the Archive’s blog post concludes.