There’s an Initial Coin Offering (ICO), an Initial Fork Offering (IFO), but is the ecosystem ready for an Initial Troll Offering (ITO)? Bitcoiners have taken to crowdfunding as a way to answer critics, one of whom placed a full-page ad in the Wall Street Journal (WSJ), warning about bitcoin.

The group plans a troll-level response.

Mr. Peterffy urged such crypto assets be segregated from the “real economy,” citing price volatility and their relatively youngish existence. 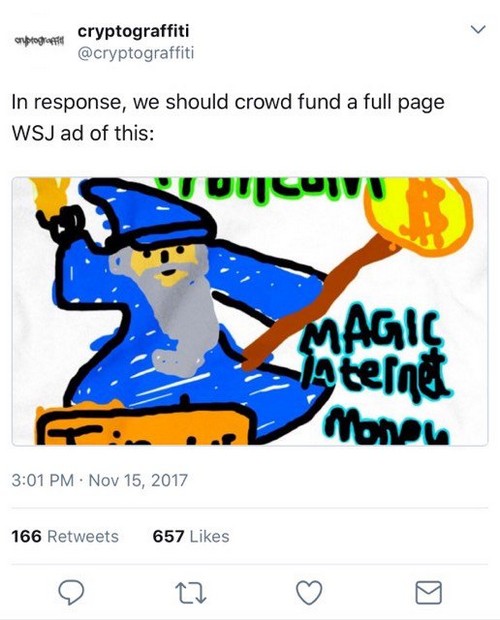 The idea flew across the Twitterverse, gathering steam among bitcoiners far and wide. Soon, a crowdfunding website announced stated intentions, referring to the Twitter brainstorming that followed as its “white paper.”

“Your contribution will go directly towards buying a full page ad in the Wall Street Journal,” the ITO explains. “This generally costs $350,000 USD. We want your help to get this wizard into this old newspaper.” The thrown-together wizard is a beloved symbol for the Reddit group, /r/Bitcoin. 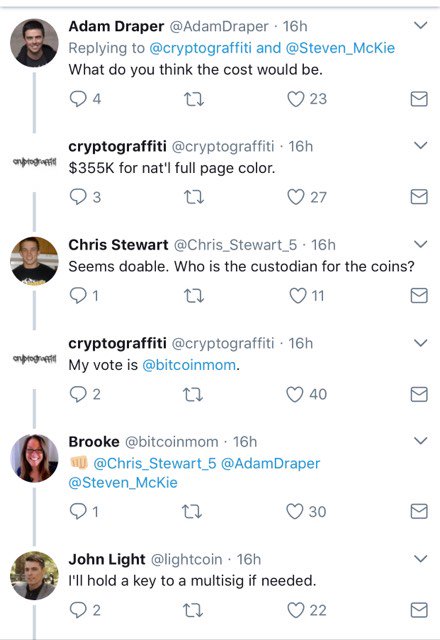 Some of the first comments on the ITO white paper.

The WSJ, despite printed newspapers falling off the planet in recent years, maintains a robust circulation in the United States, and is a mainstay of financial professionals.

The project describes an ITO as “a fundraising campaign for ridiculous and fun concepts involving the trolling of institutions with Bitcoin. This is all done in the spirit of the Bitcoin community! Throughout this process, participants will fund projects whose sole intention is to make fun of things, people, or Jamie Dimon.”

Mr. Dimon famously referred to bitcoin as a “fraud” and to its participants as “stupid.”

The funding site has a redirect link to future projects. “Submit Your ITO Idea Here,” it asks. “Tell us about your crazy idea, below,” asking a series of follow-up questions such as “How much will it cost?, Who are you trolling?, Why are you trolling them?, How do you propose to troll them?, Is there anything else we should know, to be successful?” 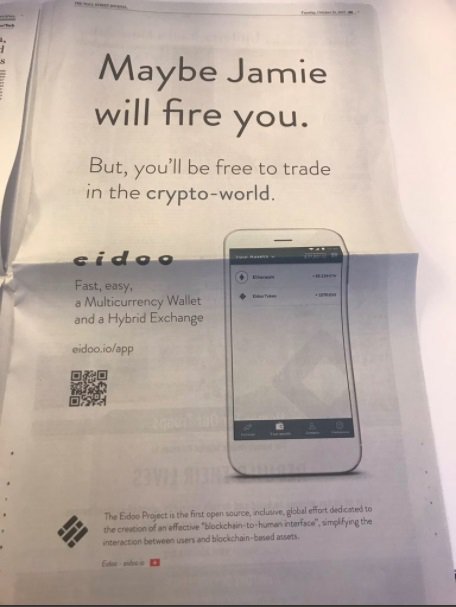 Trolling and crowdfunding are bitcoin staples, rites of passage. That they’re combining is not new, of course.

Just this year, Eidoo, a Swiss wallet, debit card provider, and exchange brilliantly trolled Mr. Dimon after his dismissive comments, including how he’d fire anyone who worked for him who even so much as used bitcoin.

They too took a full page WSJ ad.

“Maybe Jamie will fire you. But, you’ll be free to trade in the crypto-world,” it read.