This week, Delhi Police accused two people of operating a drug ring, according to theDaily MailIndia edition. Using the world’s most popular cryptocurrency, bitcoin, police were able to purchase 3,635 USD worth of illegal drugs on the dark web. It is claimed such an incident is “probably the first case in India.”

“A DJ, drugs and the Dark Web: Two held as Bitcoin trail leads police to cartel trading ecstasy and MDMA”

Above is the headline used in the online news source’s attempt to link bitcoin to nefarious activity, a favorite among mainstream news organizations around the globe. It might be helpful to analyze how such articles are constructed in an effort to better understand media hysteria masked as public concern.

“This is probably the first case in India,” the report rather boldly claims in a country of over one billion, three hundred million people, “where narcotics were purchased through the secret corner of the virtual world and the payment was made in bitcoins.”

“A payment of Rs 2.36 lakh was made through RTGS to a person who converted the amount into Bitcoin,” the article states. “The drugs were delivered through post as a gift from the Netherlands and allegedly later supplied to” one of the accused.

As of this writing, 1 Rs : .015 USD, as 236,000 Rs is roughly equivalent to 3600 USD. RTGS is the India-unique Real Time Gross Settlement System. Two people and 4K worth of rave drugs might not fit any person’s definition of a “cartel” nor “ring.” 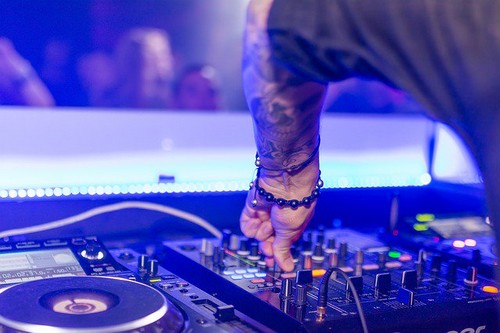 “The seized drug was used in rave parties in Delhi and adjoining states,” the article says. One of the two arrested was caught with “100 pills (42g) of ecstasy,” who happens to be “a DJ by profession.” The other person arrested had roughly half that amount.

The article seems confused at the rather basic point that Methylenedioxymethamphetamine (MDMA) is synonymous for ecstasy.

The unnamed dark website allows for “all variants of drugs like cocaine, MDMA, cannabis, ecstasy, LSD, oxycodone, hydrocodone, psilocybin, xanax and ketamine [to] be purchased,” the article lists.

Daily Mail explains, “payment was made in virtual currency, ie, Bitcoin. To facilitate the transaction, there are sites where rupees can be converted to the equivalent amount of Bitcoins through which payments can be made to buy drugs,” or shoes or an iPhone, the article omits.

The word ”Bitcoin” is peppered about one dozen times in a six hundred word post in the news outlet, netting a percentage (.02) bordering on a pretty slick attempt to hypnotize readers into suspecting such a noun is at least complicit in illegal activity. At no time does the piece balance its prose with a sobering sentence about plenty of illegal activity being facilitated by the country’s fiat paper. And maybe that’s the article’s unstated purpose. 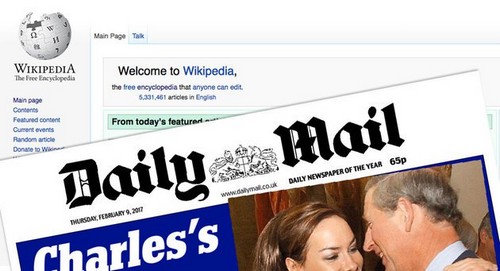 Philosopher Marshall McLuhan wrote how “innumerable confusions and a feeling of despair invariably emerge in periods of great technological and cultural transition.” Bitcoin is that in both senses, technology and culture. What’s new and epoch-altering is also very scary. Still, the public counts on legacy media to provide it with information to navigate those events.

The Daily Mail, at least in this article, fails miserably.

For readers hoping to learn about cryptocurrencies such as bitcoin, perhaps they ought to look elsewhere.

Why Betting on Gold-Backed Stablecoins Is a Losing Game