One of the first foreign cryptocurrency companies to take advantage of a Russian free trade zone is based in Hong Kong. Among other ventures, the company plans to build a cryptocurrency mining farm, a crypto museum, and provide training on a Russian island.

Mining Farm on a Russian Island 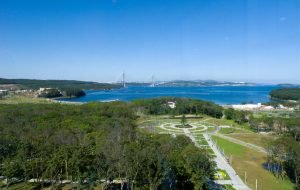 A Hong Kong-based company called Genesis Engineering is planning to set up a cryptocurrency mining farm and an artificial intelligence laboratory on Russia’s Russky Island, RTreported on Thursday. The island is located off the coast of the Russian Far East city of Vladivostok.

Genesis Engineering is a joint venture between Btc Inc and Genesis Mining, created earlier this month. “The venture will focus on development in regions around the world that have excess energy capacity, including the Americas and Eurasia,” the companies described.

According to the Ministry for Development of Russian Far East, as reported by RT:

The company is interested in the region’s free plots of land and energy facilities, as well as preferential tax and customs duties. It plans to set up around 300 thousand square meters of production facilities, following a pilot project.

The company also plans to develop training programs. “We propose to create a showroom, a museum of cryptocurrencies and blockchain…We are ready to finance this project,” Genesis Engineering representative John Riggins explained. “Moreover, we are ready to pay for the training of the best students, to participate and to fund university studies in this area.”

In addition, the company is also interested in creating an artificial intelligence laboratory since it has “created similar labs together with the Moscow State University and the National University of Science and Technology MISIS,” the news outlet added.

What Does Vladivostok Have to Offer? 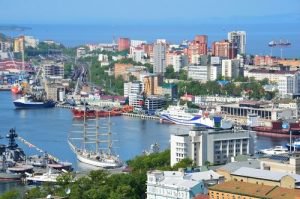 Vladivostok is the largest city and the capital of Primorsky Krai, the largest federal subject in the Far East in terms of economic size and population. It has recently been chosen as the pilot city for establishing two cryptocurrency agencies in Russia. At the end of October, news.Bitcoin.com reported on the formation of Vladivostok’s crypto-detective agency and crypto-advisory agency.

“The free trade zone of Vladivostok covers Russky Island, so the tax preferences and the possibility of applying for a free customs zone are available to investors,” RT detailed. “Russia’s Far East regions and the city of Vladivostok are expected to become an Asian hub for trade and transportation.”

The island’s territory has the potential for both electric and thermal power, which is enough to provide the consumer with power for the first stage. 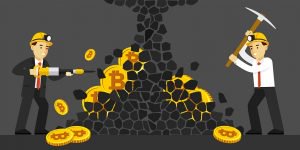 Last week, State Duma deputy Boris Chernyshov sent a proposal to the Ministry of Industry and Communications and the Ministry of Communications with an initiative to build a mining city in Russia. He envisioned the city fully engaged in cryptocurrency mining near a large hydroelectric power station in either Siberia or the Far East, Ria Novosti reported.

Alexander Abramov, director of the Far Eastern Center for Economic Development, supports the idea of building mining farms in his region, the publication noted. He described Vladivostok as a city where a serious part of the business is concentrated in the service sector, including trade, logistics, and real estate. “These services can move into the field of blockchain technologies,” he noted, citing that many countries in North-East Asia are actively using cryptocurrencies and blockchain technology. “We need to be in the trend if we want to work with big economies,” he concluded.