Of late, bankers public and private have increased their criticisms of bitcoin and cryptocurrencies, especially as valuation all time highs appear to have no quick end in sight.

From destabilization to fraud and money laundering, legacy banking is doing everything in its rhetorical power to sway opinion.

Banco de Portugal Board of Director, Hélder Rosalino, explained to António Costa of Economia Online, “For now, it is necessary to demystify an idea, is that the crypto-currency is not a currency,” he said. Rather, “it is a convention, a computerized solution supported by a very powerful technological base,” he continued. “But it is not a coin, so we look at the crypto-coins with some concern and some caution.”

Mr. Rosalino’s main fear is counterparty risk “because if one does not know who is on the other side, besides the risk of acceptance and legal tender, that is, if there is no possibility of exchange of the virtual currency by a currency with regulators and central banks.”

Central Bank of the Islamic Republic of Iran, Deputy Chief of Technology, Nasser Hakimi, is worried but takes a more measured tone, “Given that bitcoin and other currencies have not been introduced by the central bank as the official currency, as well as the risk of buying it and the activity of traders in this field, we want investors and people to [take] precautions [due to] the market because of the possibility of malice.”

Bank of Austria governor Ewald Nowotny recently added, “We’re asking ourselves if legislators or central banks should intervene, as happened in China where they banned (the use of cryptocurrencies) because they consider [cryptocurrencies] fraudulent.” This statement if of course incorrect, but old-world bankers aren’t too bothered with the actual facts involved.

Dan Alpert of Westwood Capital tweeted with some snark how, “In 2004 I was told that I didn’t ‘get’ credit default derivatives. Now I am told I don’t get Bitcoin and other cryptos. I do, however, get Dutch tulip bulbs,” he dismissed. “If one uses cryptos as a storage of wealth, and then needs liquidity in real money for anything (including the payment of taxes) you don’t know what you are going to have when you sell your position. It’s as though you decided to keep your wealth in pork bellies.”

In an interview, David Gledhill, Chief Information Officer at DBS, the largest lender in Southeast Asia, claimed, “We see bitcoin as a bit of a Ponzi scheme,” describing transaction fees as “incredibly expensive,” while declaring, “all the fees are hidden through the crypto-mechanisms.” 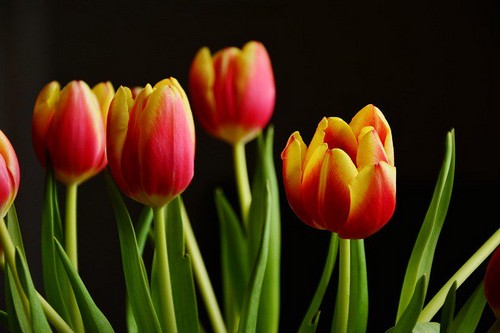 Of course, for bitcoiners, such dismissiveness by bankers reached its nadir with JP Morgan Chase’s Jamie Dimon’s widely published remarks. “If you’re stupid enough to buy [bitcoin] , you’ll pay the price for it one day,” he said. Mr. Dimon also referred to it as “a fraud,” a concern echoed throughout legacy banking, money laundering being a chief concern.

A JP Morgan spokeswoman responded,”There is nothing more important to us than the safety and soundness of the global monetary system.”