It’s no secret that not everyone in the world of bitcoin shares the same opinion. Heated debates, and all out flame wars, play across social media every day. But what happens when the debate goes beyond mere words, and individuals resort to dirty tricks such as hacking and vote rigging? That’s exactly what’s been taking place on r/Bitcoin, Reddit’s most popular bitcoin board, with over 430,000 users, according to one redditor.

He Who Controls Information Controls the World of Bitcoin

Moderators on the thousands of subreddits that make up the so-called “front page of the internet” have a range of powers at their disposal. These include deleting and pruning threads and banning users found to have been in contravention of the site’s rules. The vast 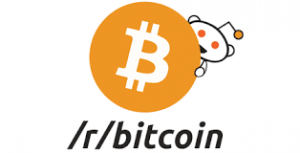 majority of these unpaid admins perform their duties diligently and tirelessly. But what happens when moderators overstep the line and abuse their privileges?

According to the appropriately named censorship_notifier, such behavior is rampant on r/Bitcoin, with one or more mods routinely using their enhanced access to control the flow of information. While such antics may sound trifling and the stuff of message board bickering, the world’s most popular Bitcoin subreddit is relied-on by hundreds of thousands of people for information. Underhand tactics do nothing to advance the cause of bitcoin and sully the community’s reputation.

Busted by a Bot

Ironically, the behavior that certain r/Bitcoin moderators stand accused of wasn’t detected by a human whistleblower – it was uncovered by a bot. The Censorship Notifier Bot

(CNBot) trawls Reddit boards to detect threads that are deleted and to uncover data that points to censorship. After redditor BashCo revealed large-scale vote manipulation on r/Bitcoin a week ago, the CNBot was despatched to investigate. Reddit threads attain visibility through upvoting. Conversely, when threads are downvoted en masse, they all but disappear from view.

The first thing the CNBot detected is that posting threads containing the words “censoring” or “censorship” on r/Bitcoin automatically resulted in thread removal. A lengthy post on r/btc – Reddit’s other primary bitcoin board, and one typically frequented by bitcoin cash supporters – delves into the matter in forensic detail. It explains:

The bots which were downvoting comments and posts on /r/Bitcoin and upvoting posts on /r/btc began their attack on 11/14/2017 at around 18:00 utc. A similar unusual pattern of voting appeared on /r/btc around the same time the day before, though less dramatically. The bots seemed to be pushing people to buy Bitcoin Cash in such a blatant way that it even left a bad taste in the mouths of Bitcoin Cash supporters.

The post then outlines compelling evidence to show bot-orchestrated vote-rigging and widespread censorship. The individuals behind the campaign don’t appear to have stopped there however, for censorship_notifier continues:

We also noticed that an extremely high number of /r/Bitcoin and /r/btc users were reporting that they themselves were hacked and part of the bot attack. We identified 35 such users, but the highest number of votes seen on a single thing indicate between 250-300 accounts involved with the attack.

Not content with merely presenting the case for unethical moderator behavior, censorship_notifier goes on to point the finger of blame, identifying redditor nullc who also happens to be CTO of Blockstream. Elsewhere on r/btc, users have accused the Blockstream team of having “waged a distortion campaign in this very sub”. The same poster opines: “Blockstream, Inc. and Core have aligned BTC against everyone who wants peer to peer electronic cash. They did this by setting very high fees, through SegWit, which isn’t even much of a capacity increase”.

The merits of bitcoin cash, bitcoin core, and segwit are another debate for another time. It would be fair to say, however, that every bitcoiner, whatever their preferred chain, board, and scaling solution, should be entitled to speak their mind without risk of censorship.

Censorship_notifier’s lengthy exposé finishes by saying: “After the massive amount of research we put into this, we believe that at least one moderator of /r/Bitcoin must have been either aware of the bot’s plans (and allowed it to place blame on others), or have executed the attack themselves…We encourage the Reddit admins to carefully review our claims and to validate them. If our claims here are true, surely some type of strong action is warranted.”

One of bitcoin’s greatest strengths is that it is censorship-resistant. Bitcoiners from all sides of the spectrum would do well to heed this as they engage in debate on Reddit and elsewhere. Criticize? Sure. Flame? If you must. Downvote? Go on then. Delete, censor, hack, and manipulate? Hell naw. We’re better than that.

Taking the TON Out of Telegram