One of the main parts in the vision many Bitcoin supporters have is that the cryptocurrency will become the de facto single currency of the future. But for now its success has brought an explosion of altcoins and ICO tokens. Hoping to tap into the challenge to handle all this crypto cacophony, Decentral developed Jaxx Liberty. 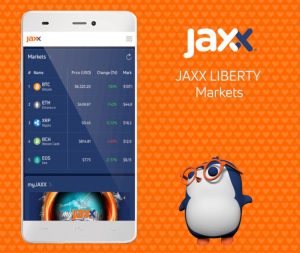 Decentral, the Toronto-based multi-coin platform founded by Anthony Di Iorio, has announced the beta launch of Jaxx Liberty. The new cryptocurrency wallet provides users with a single hub for the tools needed to manage more than 70 cryptocurrencies. Its new interface introduces a unified dashboard and module-based approach with features including news, market data, portfolio and a multi-chain block explorer. The beta version was made first available in Canada and will continue to be rolled out globally in the coming weeks.

“Before the web browser, adoption of the Internet was limited to tech-savvy early adopters. That’s the stage we’re at today with cryptocurrency. Jaxx Liberty is the web browser for your digital assets, empowering the masses to adopt the benefits of cryptocurrency and blockchain,” said CEO and founder Di Iorio. “As the popularity of cryptocurrency continues to grow, the ecosystem has become increasingly fragmented. Jaxx Liberty takes an important step towards unifying and empowering the blockchain community to take control of their digital lives,” he added. 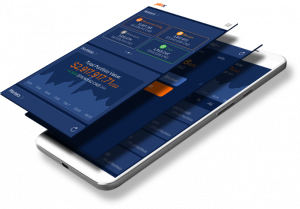 Besides the launch of Jaxx Liberty, Decentral plans a series of new products to come out in the rest of the year. These include a loyalty token rewards system to encourage people to use the wallet, an information portal about the potential of blockchain and cryptocurrency, and a gamified experience to promote engagement, designed to entertain and inform people as they navigate the Jaxx ecosystem.

And the company is reportedly setting up a 15,000 square foot new office located in the heart of Toronto’s financial and entertainment district. The video games and science fiction inspired premises is said to showcase holographic receptionists, “moving walls,” and secret tunnels for Di Iorio’s remote controlled Aston Martins.

What do you think about the new Jaxx Liberty wallet? Share your thoughts in the comments section below.

Verify and track bitcoin cash transactions on our BCH Block Explorer, the best of its kind anywhere in the world. Also, keep up with your holdings, BCH and other coins, on our market charts at Satoshi’s Pulse, another original and free service from Bitcoin.com.