Craig Wright, the man who famously claimed to be Satoshi Nakamoto, is back in the news again. This time he’s weighed into the bitcoin scaling debate, which is becoming increasingly politicized. In a post entitled “Scaling Bitcoin and what some will do to stop this”, he refutes sceptics who believe that bitcoin can’t scale to handle 20,000 transactions a second.

Nchain is the name of Wright’s company, who bill themselves as “a global leader in research and development of blockchain technologies”. A week ago, Wright published a white paper examining the feasibility of the blockchain being used as a global payment system. In it, he explored speed and scalability, issues which have become pet obsessions of Wright’s.

In a follow-up post published today, Wright hit back at critics who’d found flaws in his research, which he attributed to the fact that “many academics seem to hate Bitcoin”. He wrote:

What we are finding is that there is a lot of pessimism and open condemnation of the idea that Bitcoin can scale. 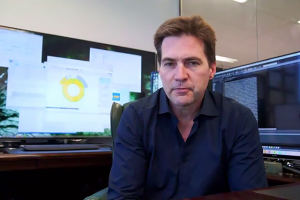 Forget 1MB, 2MB, or 8MB block sizes – if Wright has his way, block sizes in the future will be measured in gigabytes. His team have reportedly scaled and tested 340GB blocks. If such a system were ever to implemented on a live network, however, one of the conditions would be the removal of small nodes. Wright claims: “Bitcoin is and was never a home user system, it was designed to end on specialised nodes in datacentres.”

Satoshi Nakamoto did leave writings clearly detailing his vision of a future with specialized hardware;

”At first, most users would run network nodes, but as the network grows beyond a certain point, it would be left more and more to specialists with server farms of specialized hardware.” – Satoshi Nakamoto, on the The Cryptography Mailing List, 2008.

Anyone who claims to know what bitcoin was “meant to be” – especially a figure as polarizing as Craig Wright – is treading dangerously. Scaling and centralization are two issues that are intertwined, and if big blockers such as Wright have their way, the price to pay for a scalable money transfer system is offloading nodes to huge datacenters. In typically combative fashion, he writes “like it or not, we are going to scale Bitcoin further than any group opposing scaling wants to see and then some”.

Just What the Doctor Ordered

Scaling bitcoin is a topic close to the heart of Dr Craig S Wright, and he’s made no bones about his support for Bitcoin Cash. While other high profile proponents including Jihan Wu have urged civility between the two bitcoin chains, Wright hasn’t minced his words, stating: “I really have no interest in BTC. It is not a payment system and it is politically limited and broken (segwit). BTC can sink or swim all on its own”.

If Wright sincerely believes big blocks to be the best solution for scaling bitcoin then his support for bitcoin cash makes sense.