Privacy coins have rocketed this year, fueled by the increasing ease with which bitcoin transactions can be de-anonymized and traced to real world identities. Zcash, which was a $10 coin in January, peaked at $376 in June, while monero started the year at $12 before reaching $136 in August. Now, testing of Confidential Transactions (CT) suggests that litecoin and bitcoin could follow suit by adding a privacy layer. 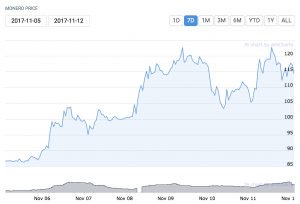 Bitcoin and litecoin are the OGs of crypto, the latter essentially a clone of BTC. This means that features which work on the litecoin network will often work on bitcoin and vice-versa. Segwit and the Lightning Network, for example, both made their debut on litecoin. This week, it was announced that progress had been made with testing Confidential Transactions in an update posted by Coinjoin developer Greg Maxwell.

In previous testing, CTs had been 16x the size of normal transactions. Researchers Benedikt Bünz and Jonathan Bootle have now found a way to compress CTs so that the resulting output is only 3x the normal size. The basic premise with Coinjoin is that two users can make a transaction simultaneously, thus masking the inputs and outputs of both parties.

Regarding the new breakthrough with CTs, Maxwell explains:

This cuts the bloat factor down to ~3x for today’s traffic patterns. Since the scaling of this approach is logarithmic with the number of outputs, use of CoinJoin can make the bloat factor arbitrarily small.

This is a major step forward, one which moves bitcoin and litecoin closer to adding this monero-like privacy feature. Litecoin developer Charlie Lee was particularly pleased, tweeting:

He then went on to list the benefits of CTs including no new cryptographic assumptions, high performance, or trusted setup required. “All major alternative schemes fail multiple of these criteria (e.g., arguably Zcash’s scheme fails every one of them)” he finished.

A Step Closer to Anonymous Spending?

It would be premature to suggest that Confidential Transactions will have Monero’s Riccardo Spagni, aka FluffyPony, quaking in his boots. Litecoin, as the smaller and nimbler sibling of bitcoin, could have CTs up and running relatively soon, and with no need for a hard fork. It seems unlikely that this feature, if rolled out, would have Monero and Zcash users flocking to Litecoin in their droves. And it seems even less likely that CTs will be appearing in bitcoin any time soon. 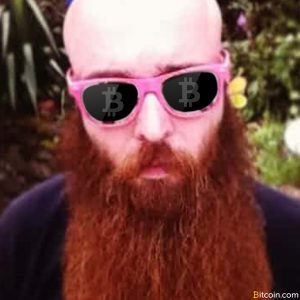 When bitcoin has born, it was widely seen as an anonymous or at least pseudonymous currency that was virtually impossible to trace, provided certain precautions were taken. As law enforcement became increasingly adept at mapping movements through the blockchain, however, a string of busts ensued. These include alleged Dream market kingpin Gal Vallerius, whose transactions were traced to Localbitcoins.com, where he reportedly cashed out his deep web earnings.

With bitcoin being courted by the investment banking industry and attracting increasing attention from CEOs and heads of state, untraceable transactions probably aren’t going to win a show of hands. There are legitimate and justifiable reasons why it is desirable to be able to transact anonymously on the web.

Why Bitcoin, Ethereum and the Entire Crypto Market, Are Down in Value