The Delhi-based cryptocurrency trading platform Coinsecure has officially announced its claims process for customers who were affected by the culprit who stole 438 BTC from exchange this past April. The firm plans to compensate Coinsecure users with Indian rupee as long as they sign an agreement that releases the company from any future liability.

Also Read: A Character Called Bitpico Thinks He Can Stress-Test the BCH Network 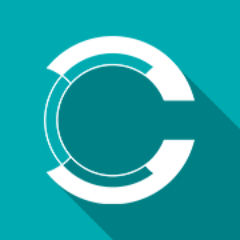 On April 9 the Indian exchange, Coinsecure, lost approximately 438.31859715 BTC when the funds were stolen from an offline wallet. At the time of the incident, the loss accounted for over $3Mn USD worth of bitcoins and 11,000 Coinsecure customers were affected. Moreover, after the theft Coinsecure accused the company’s chief scientist Dr. Amitabh Saxena in playing a role in the heist when he was processing Bitcoin Gold (BTG) extractions. Following the investigation details, the company announced on April 14 that it had devised a repayment plan and revealed a bounty worth 20 million rupees ($300,000 USD) if someone helped recover the stolen BTC.

On Tuesday, June 26 Coinsecure has revealed it will be compensating its customers that were impacted by the theft on April 8. However, the process comes with a catch. Affected users must file a claim and provide a valid signature that absolves the exchange of any future liability. Furthermore, these customers have to provide identification and deliver the documents by the end of this week.

“We are happy to inform you that we have started the process of compensating our customers in Indian rupees, ex gratia, for the loss of their bitcoins in the attack that occurred on April 9, 2018,”explains the firm.

Please note that the last date for submitting claims to us along with all appropriate documents is June 30, 2018 — We will not entertain any claims received after June 30, 2018, and we shall have no liability towards any users who try to submit claims after the said date.

After a Five Day Window Delivery Requirements, the Delhi-based Coinsecure Will Not Entertain Further Liability

To many observers, Coinnsecure’s announcement of the official claim process, and setting a deadline that’s only five days away, seems a bit fast to handle the request of 11,000 affected users. Nevertheless, Coinsecure will not entertain any more claims in regard to the April 9 theft after this date, and users are now directed to the firm’sclaims pagewhich contains the full list of compensation requirements.

What do you think about Coinsecure’s compensation plan? Do you think a five-day window and personal delivery is fair to ask of customers who were affected by this loss? Let us know in the comment section below.