In less than eight days Bitcoin network market participants were ready for the planned Segwit2x fork, canceled yesterday. Now cryptocurrency proponents everywhere are expressing opinions about the Segwit2x plan in general, and the working group’s decision to give up on forking the protocol.

It all started back in May when the venture capital firm, Digital Currency Group, announced the Segwit2x plan, which would activate Segregated Witness (Segwit), to be followed up three months later with a 2 MB block size increase. Segwit was activated this past August by a vast majority of miners, but following the implementation, the 2 MB hard fork became ‘controversial.’

Up until the day before yesterday, according to Segwit2x’s lead developer Jeff Garzik, the project was “full steam ahead.” However, on November 8, on the projects’ developers mailing list, Mike Belshe (Bitgo), Wences Casares (Xapo), Jihan Wu (Bitmain), Peter Smith (Blockchain) and Erik Voorhees (Shapeshift) revealed the team could not “build consensus.”

Immediately following the announcement, social media and bitcoin-centric forums erupted with people’s opinions about the canceling of Segwit2x. The entire front page of the Reddit forum /r/bitcoin was littered with tweets from bitcoin luminaries like Charlie Shrem, Francis Pouliot, Jameson Lopp, and more. For instance, one such post highlights bitcoin developer Peter Todd’s statements, who mentions the six signatories left on the announcement email stating:

In case you were wondering who to send the bill for the millions of dollars worth of engineering time wasted on this mess.

On the other side of the debate, the supporters of bitcoin cash (BCH) who utilize the Reddit forum /r/btc had a different view of the situation. Many of them thought of the moment as a perfect time for BCH to shine, and letting Segwit2x supporters know big blocks have already been installed. Others had the opinion that Segwit2x was just a ploy to get Segwit implemented. Further, the Chinese mining pool Viabtc immediately stopped signaling “NYA” in their block’s coinbase data and instead wrote “bitcoin cash.” 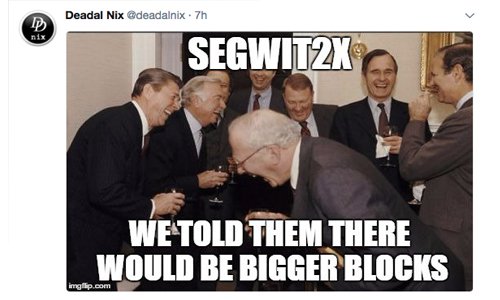 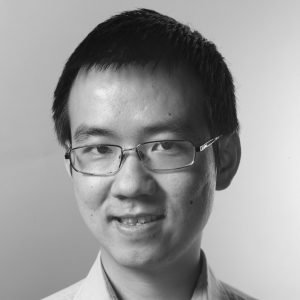 Erik Voorhees and Wences Casares announced through Twitter that Segwit2x was called off, but most of the signatories didn’t say much. However, Bitmain’s Jihan Wu gave an interesting opinion about the difference between bitcoin and bitcoin cash after the Segwit2x canceling fiasco.

“BTC has its different design philosophy than BCH,” explains Jihan Wu over Twitter. “Both coins can coexist and be used by different group people in different ways.”

Bitpay Asks Miners to Stop the Fork, While One Individual Claims Some Miners Still Intend to Fork

On the same day the CEO of Bitpay, Stephen Pair, also wrote a letter to miners asking them to cancel their forking efforts. Pair says that if miners proceeded with the 2MB increase at block 494784, they would “rip the Bitcoin blockchain apart.”

“The damage could extend far beyond Bitcoin — The entire blockchain industry could suffer as a result,” explains Pair’s blog post.

After months of intense arguments, name-calling, and software wars — Segwit2x has seemingly closed its curtains. Although, some people find it hard to believe it’s all over. Moreover, one developer on the Segwit2x mailing list explains some miners may still go forward with the Segwit2x plan.

“We are carrying out the fork regardless as everything is set in motion. Backing down the difficulty right now is a strategy,” explains the developer Bitpico.

Wonder why 30% network hashrate disappeared? It’s ours; the miners that will continue what is set in motion—A handful of humans cannot stop what they have no control over.

Whether or not the developer’s statement is true or not is unconfirmed, and for now, most people believe the show is over, but the aftermath is just beginning.