This week Liu Changyong, dubbed the ‘BCH think tank’ by the bitcoin gold (BTG) creator, Jack Liao, started a Bitcoin Cash (BCH) Ask Me Anything (AMA) thread at 8btc forum to explain why he thought Bitcoin’s (BTC) roadmap is wrong, and why he switched to support BCH. Mr. Liu holds a PhD in economics from Peking University. He started studying bitcoin’s economic problems in 2013, and is a top ten writer at the 8btc forum. The AMA has brought together average cryptocurrency users with Jack Liao and Jiang Zhuoer to discuss the prospects of both BTC and BCH. Let’s take a glimpse of Mr. Liu’s answers to all the questions.

Hard Forks: Are They Dangerous?

8btc Forum Question (Q): First, please tell us your BTC and BCH positions. Second, don’t you think there is a reason that core is reluctant to increase the 1M limit? You big blockers are so stupid that you always ask why not scale, but never realize that scaling is much more complex than you have imagined. 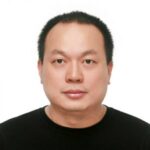 Liu Changyong (LC): I am all-in on BCH. And in response to your second question, I think you are brainwashed by Core. The creation of BCH has shown that hard forks are not dangerous and Core are liars.

Q: Hello, Mr.Liu. My question is if some guy owns both hashing power and code, can he make personal gains by adjusting difficulty algorithm?

LC: I honestly don’t think mining centralization is a big problem. No one wishes the bitcoin ecosystem to sustain more than those with great hashing power. The roadmap of Core threatens the PoW mechanism and the bitcoin economy, which would damage the interests of Bitmain greatly. This is why Bitmain firmly supports hard forks, and I am grateful that Bitmain supports BCH when 2X fell apart.

Second, though the development of BCH mainly depends on Bitcoin ABC, developers of XT, BU, Classic, RSK, Yours.org are also actively and successfully involved in discussing its roadmap. For example, Bitpay proposed to adopt a new BCH address format before the ABC team. And later Bitcoin ABC developer Amaury Séchet proposed to add a Bech32 address format to the BCH network. I believe that as long as BCH meets the market demand, more users and technicians will care and join the BCH team.

Are Infinite Hard Forks and the EDA Mechanism Ethical?

Q: Bitcoin Gold, Bitcoin Diamond, Super Bitcoin and other “forked-coins” have appeared one after another since BCH came out. How do you see this phenomenon of “infinite fork offerings?” Do you think BCH has opened the Pandora’s Box and will strike a death blow to bitcoin?

LC: Everyone in the community is free to fork bitcoin. If you feel the current version is not good, learn to code and have your own version of bitcoin. Hard forks are not scary, but forked coins with no user support will go to zero. And forked coins with pre-mine are definitely unethical and unacceptable. 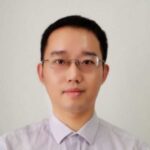 Jack Liao (JL): If you think pre-mine is unethical, then don’t you think BCH’s EDA mechanism is also unethical? Don’t you think it was designed to help Bitmain manipulate BCH?

LC: BCH implemented the survival mechanism EDA “by adjusting difficulty downward if it has only a small proportion of the hashrate”, which has caused wild fluctuations in hashrate. The mechanism made miners jump from BTC to BCH when it’s more profitable and move back when rewards are lower.

This is obviously the result of a design deficiency. But BCH opponents slandered that Bitmain purposely designed EDA to manipulate mining. In fact BTC.top, Viabtc and Hong Kong Hostel choose to mine BCH when it’s profitable to mine BTC and vise versa. They sacrificed their own interests to maintain the stability of the BCH network.

But this is not a permanent solution. To address the issue, the BCH community planned for the November 13 Hard Fork upgrade to stabilize the problematic difficulty adjustment algorithm. Now with the new fork, more blocks are between 10 to 20 minutes apart. It seems things are looking solid now.

Why Choose BCH After BU Failed?

Q: First BU, then Segwit2x, and now BCH. I think you, Jiang Zhuoer and other big blockers have no principles. And what exactly is the roadmap of BCH? Why do you think it is better than BU?

LC: Sorry that you feel I have no principles. I only believe in my reasoning and logic. I supported Core and opposed CSW and Chinese miners before July, 2016. After that, I did my research and analysis and realized that the roadmap of Core will lead bitcoin to a settlement system for bankers instead of a global currency.

Core sticks to a roadmap designed by Blockstream and ignores user feedback. But BCH is market-oriented that cares about user experience. It doesn’t have a specific or a strict roadmap. It considers all technical features such as smart contracts and lightning networks. In a word,

BCH is a market-oriented currency. BTC is a Core-dominated elite-only coin.

Q: BCH is hugely inflated. It seems that some guy with spare money tries to pump it once in a while to steal hashrate. Do you agree that BCH price and hashrate are manipulated by some guy?

LC: As to price fluctuations, the main factor is that very few people really understand the significance and possible future of BCH. It takes time for the BCH team to enhance user experience and develop payment applications. When more users realize the value of BCH and their expectations for BCH grow, the price will rise. But the volatility will be wild, just like bitcoin in 2011-2014.

BCH Is BTC? Are You Serious This Time?

Q: The BCH supporters agreed not to steal BTC’s brand, why did they back out? Do you think BCH is BTC?

Jiang Zhuoer (JZ): BCH is the big block coin that sticks to Satoshi’s whitepaper. It is the real BITCOIN.

LC: I believe BCH is BTC from the very beginning, but the BCH community was initially pessimistic and only wanted to be a substitute in case the SW chain would suffer disastrous problems.

Now BCH has survived and gets more support from exchanges, wallets, and users. The BCH community has gained confidence that BCH could stand out to be the real bitcoin.

Q: Even if Bitcoin were dethroned, BCH may not hold up the faith users have on BTC.

LC: The birth and development of BTC rely mainly on faith when there is no market for it. Once it becomes an investment, it’s completely a different story. Let’s be clear:

Q: The upgrade was proposed by Bitcoin ABC team and some BCH developers are not happy that their proposals got rejected. Do you think this decision-making is scientific and rational? How can future decision making be efficient and not dictatorial?

LC: There are three schemes for the upgrade. The development team ultimately chose their own proposal, causing some complaints from other teams. The BCH community is cautious about it and will discuss how to prevent centralized decision-making.

Q: What if Core decides to scale on the original chain? Will it be a threat to BCH?

LC: If Core hard forked BTC, it would be a huge threat to BCH. But if it can be done, would it have been done by Core already? Core has their own interests and philosophy that give no promise for hard forks. In addition, if they hard-forked, it would be a slap in their face. It would be like admitting SW is dangerous.

If Rootstock RSK Were Implemented, Which Will Be More Competitive, ETH or BCH?

Q: Should BCH add RSK? Are there any technical obstacles?

LC: The BCH community and the development team welcome new technical features such as RSK and smart contracts. I don’t know the exact technical details, but the capacity limit of bitcoin cash makes it possible to add other features.

I think Vitalik has a large say in the ETH community, especially when it needs to change consensus rules or start a hard fork. It’s efficient to reach consensus, but big enterprises will not trust such a proven centralized censorable platform. ETH and BCH are fundamentally different. BCH aims to become a global currency that requires a fixed supply and an usable and secure structure while ETH is more flexible in order to serve more applications. ETH will not surpass bitcoin. They each have their own goals and market.

Q: Next month, the Chicago Mercantile Exchange (CME) Group plans to launch Bitcoin futures. If everything works out, how will it impact BTC and BCH? I guess large sums of investments and capital will flow into CORE’s BTC, right?

LC: Good news like this will certainly have a positive impact on BTC. Large funds will flow to pump bitcoin as it already happened. However, we must be cautious. When BTC futures are launched, big whales might make a killing by dumping BTC.