An increasing number of Chinese miners are reportedly exploring other jurisdictions in which to operate amid growing uncertainty regarding the future of China’s mining industry. Although the Chinese government has not indicated that it will extend its cryptocurrency crackdown to target miners, many are making plans to base their operations elsewhere.

Vietnam, Laos, Thailand, Russia, and the United States are Among the Nations that Chinese Miners are Considering 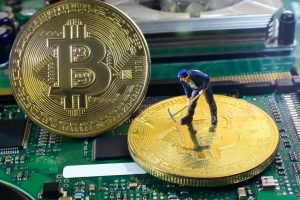 Last week, a circulating document indicated that the state-owned power company in China’s Sichuan province would be mounting a crackdown on bitcoin mining. Despite the company seeking to play down the document – stating that the document comprised an internal memo addressing the misallocation of scarce hydropower to miners rather than underserved rural communities during the province’s dry season – many miners are increasingly exploring international options in order to reduce their vulnerability to further regulatory action on the part of the Chinese state.

Chinese miner, Akira Cui, recently told the South China Morning Postthat many miners “have already paid visit to Vietnam, Laos, Thailand, Russia and the US, negotiating electricity prices with local authorities and buying sites for future use.” Mr. Cui argues that “the [mining] business blueprint is bound to go overseas, even if there’s only a 1 percent possibility that China’s crackdown against bitcoin would extend to mining.”

The South China Morning Post states that it contacted four major mining companies, with Mr. Cui being the sole respondee. Representatives of Chinese mining companies seldom speak with media as many miners are reported to strike private deals with local power companies that are concealed from higher-ranking officials and institutions. “No one brags about it because it’s best to make a fortune in silence,” Mr. Cui said. 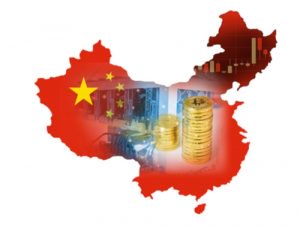 Mr Cui states that he started mining bitcoin in 2013 after selling his previous broadband internet company for 30 million yuan ($4.5 million USD approximately). Mr. Cui initially invested roughly 5-6 million yuan ($800,000 USD) into mining hardware, and has expanded to now manage 100,000 machines. Mr. Cui estimates that 90 per cent of his hardware belongs to friends and clients for whom he maintains their equipment. “It’s very noisy to store them at your own place. Instead, clients can choose between delivery or keeping them at my factory for a fee and access remotely via pass codes,” Mr. Cui states.

Mr. Cui says that securing a reliable source of power is the principal concern for large scale miners. Each machine can generate roughly 100 yuan ($15 USD) in profit daily, meaning that the financial losses incurred through having idle equipment can be significant. As such, many miners are looking to preempt an intensification of China’s cryptocurrency crackdown by seeking to relocate overseas.

Who’s Got the Power?

“We are in discussion with partners in Los Angeles, and have also visited Russia and Vietnam for potential sites,” Mr. Cui states. “If the regulators move to outlaw mining, it will only take us about three months to resume operations overseas. Money spent in buying land is a relatively small amount compared to the whole business.”

Curiously, Mr. Cui forecasts that China’s cryptocurrency crackdown may ultimately serve as a positive for the bitcoin community at large. He argues that China’s dominance over the bitcoin markets in recent years undermined the cryptocurrency’s decentralization, stating “it is important for bitcoin to [reduce its dependence on] China so it can become stronger, as was already proven in its latest price surge.” Similarly, Mr. Cui believes that the Chinese crackdown on cryptocurrency exchanges will lead to greater decentralization, stating “it’s abnormal to have exchanges globally, as any centralized institution goes against the cryptocurrency’s very nature.”