The China Center for Information Industry Development has updated its crypto rankings. The list contains 33 crypto projects, ranked overall and in three separate categories. High up in the overall ranking are EOS, Ethereum, and Bitshares. Bitcoin, however, has been downgraded.

The China Center for Information Industry Development (CCID), under the country’s Ministry of Industry and Information Technology, officially published its fifth crypto rankings on Sept. 20. Thirty-three crypto projects are ranked. Each is given an overall score and a separate score for each of the three categories – basic technology, application, and innovation.

The center started ranking 28 crypto projects in May. Two more projects were added in June, one in July, and two in August. Last month BTC made the top ten list in the overall category for the first time.

The center explained that there were some improvements in the latest evaluation methodology compared to the previous month, stating: 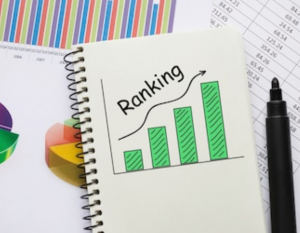 Innovation only carries a weight of 15 percent in the overall ranking. This category “focuses on the continuous innovation of the public chain, including developer size, code update and code impact,” the center detailed.

Referring to the latest ranking, the CCID wrote:

What do you think of China’s latest crypto ranking? Let us know in the comments section below.