Mike Belshe has published a blog post indicating that the planned Segwit2x hard fork will not be taking place. The markets have responded dramatically, with the price quickly setting a new all-time high of approximately $7900 USD. 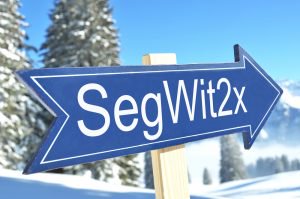 Bitgo CEO, Mike Belshe has published a post indicating that the contentious Segwit2x hard fork scheduled for this month will not occur due to a lack of community support.

The post states that “the Segwit2x effort began in May with a simple purpose: to increase the blocksize and improve Bitcoin scalability. At the time, the Bitcoin community was in crisis after nearly 3 years of heavy debate, and consensus for Segwit seemed like a distant mirage with only 30% support among miners.” Belshe adds that “Segwit2x found its first success in August, as it broke the deadlock and quickly led to Segwit’s successful activation.”

Belshe states “our goal has always been a smooth upgrade for Bitcoin. Although we strongly believe in the need for a larger blocksize, there is something we believe is even more important: keeping the community together.” Belshe concedes “it is clear that we have not built sufficient consensus for a clean blocksize upgrade at this time. Continuing on the current path could divide the community and be a setback to Bitcoin’s growth. This was never the goal of Segwit2x.”

Belshe predicts that “as fees rise on the blockchain, we believe it will eventually become obvious that on-chain capacity increases are necessary. When that happens, we hope the community will come together and find a solution, possibly with a blocksize increase. Until then, we are suspending our plans for the upcoming 2MB upgrade.”

The markets have responded with a dramatic surge into new all-time highs. Following the announcement, bitcoin saw a spike of approximately $500 USD in less than one hour -signifying a highly bullish reaction to the news. As of this writing, the price of bitcoin is consolidating above the preceding all-time high at approximately $7700 USD, after having established a new all-time high of $7900 USD.