Hong Kong-based remittance platform Bitspark has announced that it has received investment as part of a partnership with Reinsurance Group of America, Inc (RGAx). RGAx is one of the world’s largest life reinsurance companies, and is on the Fortune 500 list. The two companies will work to provide insurance services underserved markets.

Reinsurance Group of America Has Provided Investment to Bitspark as Part of a Partnership Between the Companies. 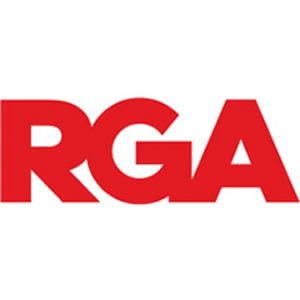 It has been revealed that RGAx has provided investment to Bitspark as part of a partnership between the two companies. The specific terms of the agreement between the companies and the sum of money supplied have not been disclosed. Both companies have emphasized their desire to use blockchain technology to provide remittance services to emerging markets, including cash-based remittance services.

Ceo of RGAx, Dennis Barnes, stated “at RGAx we are actively partnering with our existing clients and new innovators, such as Bitspark, to create business opportunities that improve consumer access to financial services. We believe Bitspark’s technology could help reduce friction for the millions of people who use remittance to support their families and friends abroad.” Bitspark’s CEO, George Harrap, has welcomed the collaboration, stating “we are excited to be working with excellent partners in RGAx. Their presence, in the U.S., Asia Pacific region, and beyond, gives RGAx the global scope and expertise to accelerate Bitspark to the next level.”

Earlier this year, Bitspark revealed that it was working in partnership with the United Nations Development Programme on a trial intended to boost financial inclusion in Tajikistan, with the company hoping to deliver financial services to approximately 85% – 90% of Tajikistan’s unbanked population. The company stated, “the application of new financial technologies like blockchain can assist in increasing the number of people with access to the financial system at less cost, and at a scale necessary to make an impact and ultimately improving economic opportunities for people in Tajikistan and around the world.”

In August, Bitspark announced that it would be switching its services over to the Bitshares blockchain, rather than the bitcoin blockchain – with the company citing the high fees associated with BTC as the catalyst for the transition. The company stated that “the new payment method will be rolled out slowly for specific currency pairs so that Bitspark’s remittance users will have the access to all of the worlds 180+ currencies within the next 12 months.