Hacker. Educator. Successful businesswoman. Yi-Ting Cheng, better known as Xdite, shocked the broader cryptocurrency world when she announced her campaign for Mayor of Taipei City, the capital of Taiwan. The native of China is taking a big risk by offering herself up for political leadership, but, then again, as her exclusive interview withHumans of Bitcoinexamines, she’s all about challenging herself.

In a recent Facebook post, Xdite explains, “Most politicians [in Taipei City] have very little understanding of technology. So it’s really hard to make things happen by pushing them.” For this and many other reasons, she’s decided to throw her hat in the ring to help bring the capital city she loves of nearly 3 million people a young and forward-looking government.

“I am not losing my mind,” she assures admirers, “I am running for mayor for one reason: to make Taipei great again. Let’s make Taipei the pioneer blockchain city in Asia. Taipei has great potential to be a blockchain city. It is near Japan, Korea, and China. It is regulation friendly. Blockchain is all about a financial revolution. Taipei has the environment to make it happen.”

And Xdite should know. Her background reads: owner and CEO of OTCBTC, the largest crypto exchange of its kind in Asia; “former CTO of ico.info, the largest ICO platform in the world. I have very deep knowledge of the ICO economy / operation / design.I am experienced in the Ed-Tech space. I used to run the world’s largest online coding camp (500 people participated in the first phase and we had a retention rate of 40 percent). I have over 10 years experience as a developer. I founded and maintained several large scale internet products. On top of that, I am very good at solving real world problem using internet products. I won the Global Grand Prize at the 2012 Hackathon hosted by Facebook.”

All by itself, such a resume would turn heads, but given she is only 35 years old it adds to her legend. “Taipei used to be a very advanced city,” Xdite stresses, “But after 20 years things have stagnated and the law became outdated. The political figures remain the same, but the economy is not that good. As an entrepreneur, we hope all politicians can listen to us; To make it startup-friendly. Even to understand the industry a little bit. At the very least, don’t create roadblocks for future innovation! Those that truly understand the importance of technology have little money and/or influence. Or maybe they just want to stay out of trouble.” 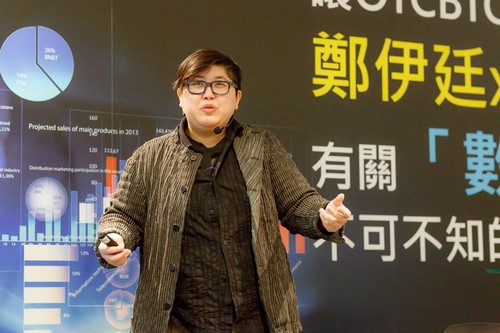 Xdite describes the political climate as “8 candidates running for mayor, most of them are nearly 60 years old or older than 70. None of them know what’s going on in the world, nor what challenges or competition we face. I always wanted a mayor who understands how business works. Let this city become an innovation hub; a truly revolutionary city. This person needs to have the money, the guts, the passion, and experience running a team/company I couldn’t find one, so I decide to run.”

In its most recent episode, Humans of Bitcoin, host Matt Aaron describes Xdite as one of the most interesting interviewees he’s encountered. He probes “Bitcoin’s Renaissance Woman”, discussing her childhood spent in the 80s surrounded by electronics. In college, having majored in applied mathematics, a professor noticed Xdite’s acumen and proficiency around computers. It wasn’t long before she was in charge of it all, creating a cushy IT job for herself in the process. 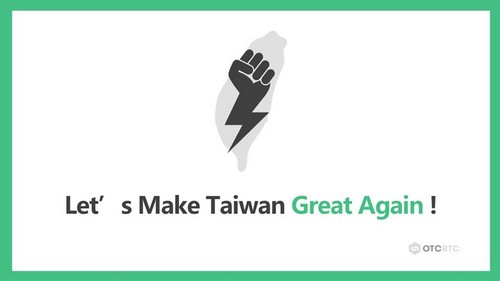 She continued to push herself, especially once she realized there is a great, big world out there to explore, and leaves college to start a variety of businesses. Along the way she taught herself computer programming languages, and became so proficient that demand for her classes became an overwhelming success.

Xdite ventures into the business world by doing, by seeing problems that need to be solved or at least addressed. In an effort to not provide too many more spoilers, it’s safe to write her eventual commercial and financial success is, well, unbelievable (seriously, your mouth is going to drop). This brings out inevitable Chinese government minders, who for a time forced her from her native country, China, into the waiting digital arms of Taiwan. Fortunately for the island, now she looks to take her years of go-getter attitude and futurism into the Mayor’s office.