Last October Bitcoin Unlimited (BU) chief scientist Peter Rizun announced the first ever 1GB block was mined on the team’s Gigablock testnet. After processing the very large block, Rizun detailed the team would reveal the results of the testing at the Scaling Bitcoin event at Stanford University. This past weekend Rizun and BU developer Andrew Stone gave the public some insight into their “sustained transaction throughput” trials.

‘Scaling Technology is Already Available to the World’s Human Inhabitants’

Just recently, at the Scaling Bitcoin 2017 event in California, BU’s chief scientist Peter Rizun revealed the results of the “Gigablock Testnet.” Rizun explains the motivation for the project is clear, and BU believes “transaction volume on the bitcoin network could be growing exponentially.” However, due to the limit on the number of transactions per block and network fees on the rise, Rizun says the technological solutions to overcome these issues are already here.

“All of this technology is already available to the world’s human inhabitants — We wanted to measure the maximum sustained throughput on standard off-the-shelf client software already out there and see how close we would be to achieving that number,” explains the BU developer. 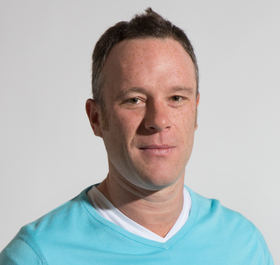 Following these statements, Rizun reveals the team’s Gigablock testnet has been performing well with 18 nodes.

“As of October 2017, [the Testnet] has 18 nodes. Our standard hardware spec is four core machines with 30 megabit/second internet — 16 GB RAM and a solid state hard drive,” Stone tells the audience. “Typically we are only mining with 4 to 6 of those nodes. The rest are hosting python scripts which are generating a bunch of 2-input 2-output transactions and broadcasting them to the local bitcoind instance.”

The generators can generate about 2000 transactions/second sustained. So for the past two months, we were doing some ramp tests. We plot time on the horizontal axis, and transactions per second on the vertical axis. This makes a ramp. We ran this profile on October 25th. We ran the generators until we got to 500 tx/sec a few hours later, with a ramp.

Rizun also details an interesting side note during the testing. Rizun explains the propagation time did not depend on the network bandwidth for the given nodes. Moreover, the BU chief scientist says if the bits are calculated per second, they are propagated when the next block is sent at 500 kbits/second.

Following the presentation, the bitcoin blogger and podcast host Tone Vays asked how he could validate transactions running a full node with gigabyte sized blocks using a five-year-old computer.

“We’re looking forward,” says Andrew Stone responding to Vays question. “We don’t assume you are going to run a 5-year-old computer — We’re not going to use 1-gigabyte blocks tomorrow — The fact is that a relatively inexpensive computer can do it today.”