On November 12, the Bitcoin Gold network went live at 4 pm EDT according to the team’s blog page and Slack channel. The controversial project currently has a full node client, but public mining didn’t start until private miners reached block height 499407.

The cryptocurrency bitcoin gold (BTG) is slowly being released into the wild as the development team launched its mainnet on Sunday, November 12. The organization also created a new website, alongside an available full node client.

According to the currency’s blockchain explorer, there are 124 BTG nodes at the moment. The explorer details that the BTG chain is currently at block height 499792 which means the BTG chain has been mined publicly for a few hours now. The BTG hashrate is approximately 104.0542 equihash solutions per second (MSol/s), a number that’s increased quite a bit since developers were mining the currency by themselves. However, the cryptocurrency’s network has had a real bumpy start as there have been some reports of “chain splitting.”

“Be aware that there’s currently a chain-split happening and Suprnova’s chain could be ‘declared’ as the wrong chain by the dev-team,” the mining pool Suprnova explains. However, it’s the longest chain, so usually, it should be okay, it’s advisable to not invest in mining until the devs give out an official statement — UPDATE: It seems our chain is correct.”

The BTG Team and Infrastructure Support

On the project website’s front page there is a place where people can verify a bitcoin balance and address prior to block 491407. Additionally, the people behind bitcoin gold have decided to show their identities in the team section. The BTG team includes the Chinese miner and GPU producer Jack Liao, the anonymous lead developer ‘h4x3rotab’ (China), strategist Robert Kuhne (U.S.), organizer Alejandro Regojo (Spain), Advisor/Core Developer Martin Kuvandzhiev (Bulgaria), and web designer Franco Niebles. 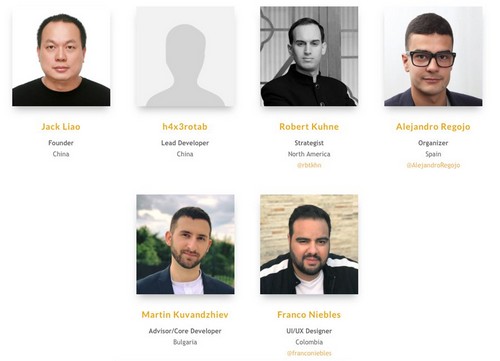 The entire BTG team besides the lead developer have revealed their identities. Some members like Jack Liao and Robert Kuhne were already identified.

The bitcoin gold team claims to have sixteen mining pools associated with the BTG mining environment. Some pools are well known like the organizations like Minergate, Suprnova, and other unknown pools that look like they were just created for the nascent network. The team’s website features five wallets that support the BTG protocol and eighteen exchanges who are listing BTG token trading. Exchanges listing the currency include Hitbtc, Bitfinex, Biflyer, Coinnest, Cex.io, and more according to the BTG website.

That Confounded Pre-Mine and a Private Network Launch

Bitcoin gold is listed on Coinmarketcap.com and allegedly has had around $68M in 24-hour volume. Presently the cryptocurrency’s value is around $250-275 as markets have dropped 36 percent. According to Coingecko’s index data, the currency’s average price was $268 with a circulating supply of only 58 thousand coins.

Right now as the network has experienced splitting issues lots of people are still very skeptical of this project. The team’s Slack channel is filled with people fighting, trolling, and calling out the BTG team’s development weaknesses. As we’ve mentioned in previous articles in the past, the biggest concern for skeptics is the digital token’s pre-mine and now the BTG team has mined their share. In the Slack channel where the BTG mainnet announcement was initially announced, individuals were not very pleased that they had to wait until block height 499407. The bitcoin gold project remains a theatrical show to many skeptics as the project’s mainnet has had a pretty rough start, at least for the general public after the pre-mine.

Beyond Mining: How the Cryptocurrency Craze Has Affected E-Gamers