The Bitcoin Cash (BCH) network is almost four months old from when it split away from the legacy chain on August 1. Since then the protocol, community, and infrastructure has grown significantly since the decentralized currency’s network was released into the wild.

This week the largest bitcoin exchange by volume in Europe, Bitstamp, decided to begin listing bitcoin cash between its popular currency pairs traded on the platform. However, Bitstamp is not the only exchange that has decided to support BCH, as the cryptocurrency’s exchange and wallet infrastructure has grown vast. At the moment, one BCH is worth $1,285 per token and usually has significant trade volume ranging between $1-5B every 24 hours. In the beginning, only a few trading platforms supported BCH, but now the list includes over 35 exchanges such as Kraken, Bittrex, Poloniex, Huobi, Shapeshift, Bitcoin.de, Surbtc, Bitflyer and more.

A Variety of Wallet Clients

As far as wallet clients are concerned, there is a broad swathe of providers dealing in BCH as well. This includes BCH wallet providers such as Electron Cash, Ledger, Trezor, Keepkey, the Bitcoin.com wallet, Copay, Jaxx, the Blockchain wallet, Stash and many others. Companies like Bitpay have also created a BCH blockchain explorer, and other firms like the Living Room of Satoshi have integrated bitcoin cash functionality into their services. Right now there are 19 BCH wallets, 5 full node clients, and lots of other services and merchants who now accept bitcoin cash. 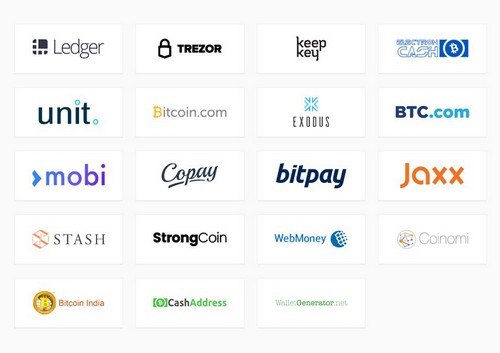 The Bitcoin Cash network has seen 26,730 blocks mined since the first hard fork on August 1, 2017. The network started out using an Emergency Difficulty Adjustment (EDA) protocol in order for it to sustain, while dealing with the legacy chain’s high difficulty. The EDA helped get things going, but started acting erratically a few weeks later as block times were either really fast or extremely slow. On November 13 the BCH chain successfully hard forked and Amaury Séchet’s Difficulty Adjustment Algorithm (DAA) ‘dampened’ chaotic oscillations between block times. 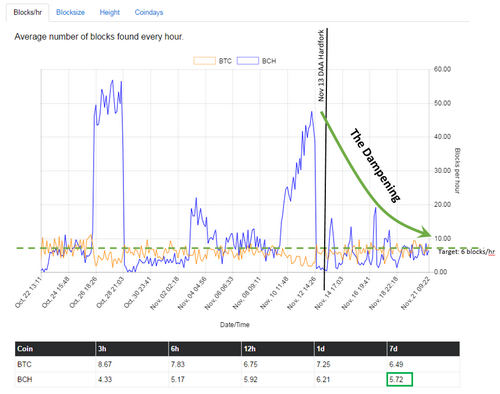 This has helped profit parity between both chains a great deal, as most of the time the playing field is evened out for miners. The BCH chain is 10 percent more profitable to mine right now and 9685 blocks ahead of BTC. Since November 13, the bitcoin cash hashrate has been stable and consistent at roughly 1.5-2 exahash per second. Additionally, Bitcoin Cash developers plan to fix the cryptocurrency’s address format next year.

So beneath all the underlying scaling drama, trolling on social media, and insults, the bitcoin cash network is thriving and doesn’t seem to be DOA like some people speculated. There are some people who believe there is good competition now between both technologies, and these individuals are holding both to see who wins. Others have already chosen a side to favor and rally behind either the legacy chain or the BCH chain. 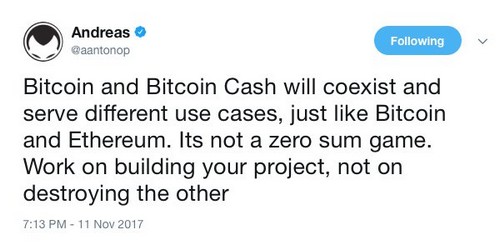 Some spectators believe both currencies will serve their own purpose as one may be a store of value, while the other one might be used as digital cash. Now more than ever before, technical merits and the free market will decide on what happens from here on out between both networks. It’s evident that the opinions of internet chatterers are inconsequential in contrast to the network metrics recorded every day.