As news.Bitcoin.comreportedearlier this weekend, bitcoin cash (BCH) markets have been on a rampage following the canceled 2MB hard fork event. BCH prices have increased three-fold since then, reaching a high of $1810 across global exchanges and has since dropped to around $1400. Alongside this, the network hashrate has also met parity with the BTC chain.

Bitcoin Cash Reaches an All-Time High of $1,650 and $7B in Daily Trade Volume

All eyes are on crypto-markets this week, and they’re looking at two markets in particular: bitcoin (BTC) and bitcoin cash (BCH). The two ecosystems have been sharing a strange correlation over the past 72 hours as BCH has reached new all-time highs and BTC has dropped over $1,300 in the last three days. Bitcoin cash markets are up over 70 percent over the course of the day. 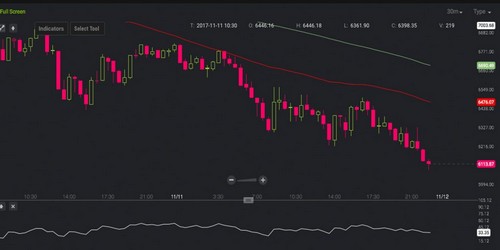 Bitcoin market prices have hit an average low of $6,100 per BTC.

Moreover, Bitcoin cash trade volumes have surpassed $7B in BCH swaps over the past 24-hours. The South Korean exchanges Bithumb, and Korbit are dominating BCH markets, as the won captures 47 percent of the market. 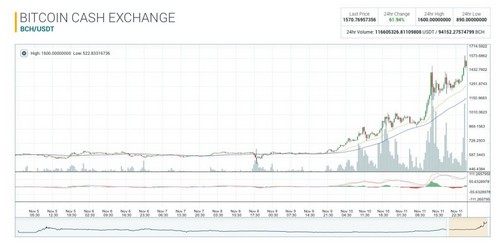 Bitcoin cash markets touch an all-time high of over $1800 per BCH across global exchanges.

In addition to the market action, both BTC and BCH markets are seeing a strong correlation in the hashrate arena. At the time of writing, both networks have an equal share of roughly 5.4 exahash per second. BCH is operating at 10 percent of the BTC’s difficulty, and it’s 100.7% more profitable to mine BCH, according to Coin Dance statistics. There’s also a bunch of pools mining bitcoin cash including F2pool, Antpool, Viabtc, BTC.com, Bitcoin.com, BTC.top, Supernova, Bitclub, and some unknown pools. 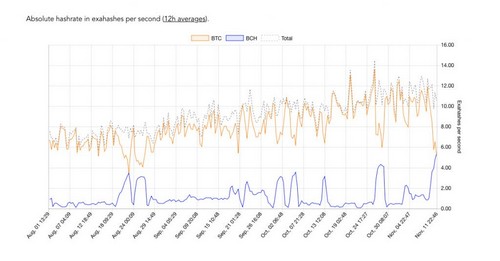 To add to all the market mayhem, the Bitcoin network’s mempool (transaction queue) is backed up by 139,000 transactions waiting to confirm. According to Johoe’s Mempool statistics, the backup has accumulated quite a bit over the past three days since the 2x cancellation. On November 11, using Earn’s fee calculator the average 226-byte transaction costs $9.64 or 155,940 satoshis. Some users are paying upwards of $15-20 per transaction just to get them confirmed quicker. The bitcoin cash mempool is also seeing some action but is clearing smoothly. The average fee for a bitcoin cash transaction is roughly $0.10-0.25. 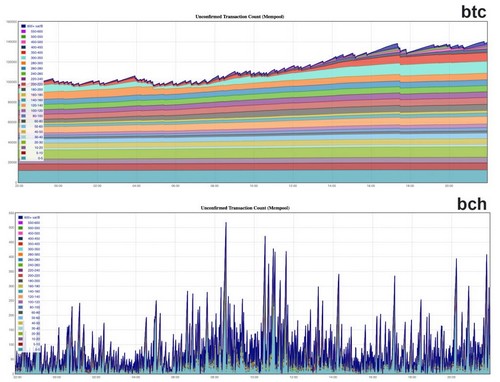 The week going forward should be interesting, to say the least, watching both of these markets and ecosystems. Now, of course, the story could go on forever with the two community’s raging back and forth at each other in typical internet fashion. However, the statistics alone on November 11th are more fascinating, and the story will play itself out as time progresses.