In Tatarstan, a republic of the Russian Federation, the prosecutor’s office has “warned [a] businessman against violation of the law in connection with [his] installation of terminals for the exchange of cryptocurrencies.” The cryptocurrency ATMs in question had been installed in Kazan, the republic’s capital.

At the Start of the Month, Russian Media Reported That Bitcoin ATMs Had Been Installed in Two Locations in Kazan 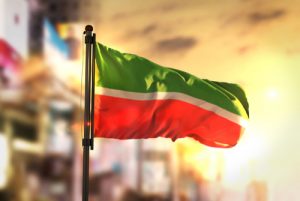 Despite the Tatarstan prosecutor’s office warning the owner of the cryptocurrency terminals, the office stated that “the legal status of cryptocurrency in the Russian Federation is not defined.” The office did, however, state that “the provision by Russian legal entities of services for exchanging “virtual currencies” for rubles and foreign currency, as well as for goods (work, services) is considered as potential involvement in the implementation of questionable transactions in accordance with the legislation on combating the legalization (laundering) of proceeds from crime, and the financing of terrorism.”

In recent days, Russia’s Minister of Communications and Mass Media, Nikolai Nikiforov, expressed his belief that “Russian law will never consider bitcoin as a legal entity in the jurisdiction of the Russian Federation.” Despite such, it is anticipated that Russia’s upcoming cryptocurrency regulations will be permissive toward bitcoin and cryptocurrency mining. Russia’s deputy finance minister, Alexei Moiseev, recently stated that the country’s cryptocurrency bill “should be formulated by February 1 in the framework of the president’s mandate.”