One of the earliest references to hyperbitcoinization (H-theory) derives from the Satoshi Nakamoto Institute. It describes a world waiting for bitcoin in the borderless, peer-to-peer sense. Especially true for emerging economies prone to inflation, hyperbitcoinization is an adoption theory with radical implications. Until recently, it was only a theory.

Also read: Bitcoin Hits $13,500 in Zimbabwe as Tanks Roll Through the Capital

Demonetization in its contemporary sense is yet another act of government minders, officials charged with a country’s monetary policy. Last year around the present time, Prime Minister Narendra Modi took to an impromptu television address. He announced to India, 1.3 billion people, its ₹500 and ₹1000 notes were toast as of a few hours from broadcast.

It would be something akin to the popular 10 or 20 USD bills zapped from the economy with almost no notice. And indeed, a century and a half ago, the United States demonetized silver, plunging the economy into depression.

But, again, the usual understanding of the term involves some kind of state-ordered action, the presumption of government-run monetary policy safely assumed.

What if abandonment of an official currency was done from the bottom-up? What if demonetization was reconfigured as hyperbitcoinization? Mass adoption, and quickly, of bitcoin will come at any moment, H-theory posits. Home owners accepting nothing less than a cryptocurrency, refusing to accept fiat like dollars or euros, are other early signs of a coming hyperbitcoinization. 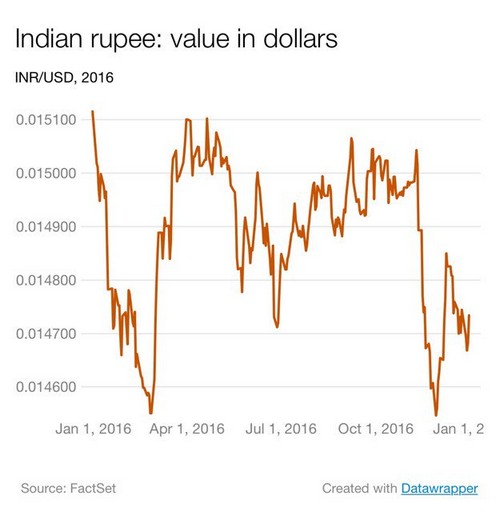 A triggering event for hyperbitcoinization would be a fast variation of inflation: hyperinflation.

Inflation is mostly a function of currency monopoly. Monarchs of yore shaved ridges off metal coins, thereby debasing the currency. As they made their way through markets, value necessarily diminished, leaving later transactors decidedly frustrated.

Since the early 20th century, inflation has come via central banking. Promises of cradle to grave security, fighting wars against baddies every few years, governments can stay in power with ease. To accomplish these, they inflated the money supply in order to spread the wealth effect. It can quickly turn maniacal, deeply out of control. Weimar Republic’s woes after World War I is a great example. Until 2009, there really wasn’t much of a choice. People in these situations endured. 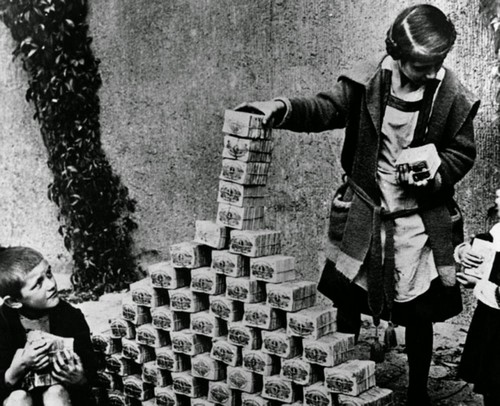 Hyperbitcoinization might happen precisely because governments crack down and attempt to control capital. Bitcoin is borderless, agnostic to patriotism or tribal allegiance.

Profoundly troubling for governments taming such rabid inflation is the fact hyperbitcoinization could also occur without any overt crises or policy. The cryptocurrency’s advantages are so obvious, H-theory continues, adoption happens in rational preference from inferior (fiat) to superior (bitcoin).

Governments are stuck. They must keep inflating to meet societal expectations, yet bitcoin has no strictures. At some point fiat paper no longer remains a currency.

Furthermore, hyperbitcoinization will happen faster than hyperinflation, H-theory contends, and it will destabilize an economy much less than its state-caused counterpart.

Venezuela and Zimbabwe in Practice 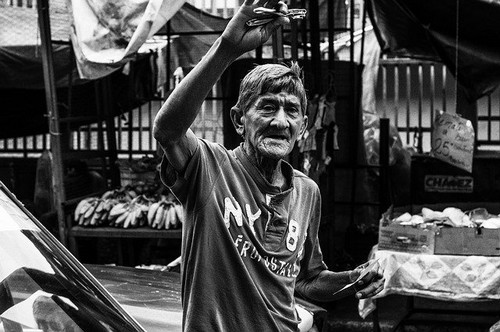 Venezuela’s economic troubles are well documented. What should be a country awash in cash and near-paradise levels of wealth is, well, not. In every respect it is an unmitigated disaster, primed and ready for Hyperbitcoinization.

Since 2014 one exchange in the country went from tens of users to near 100,000. Black market items can be at times food, and so miners have taken advantage of cheap electricity rates to earn and then spend using crypto gift cards. Shipping of goods is routed though firms in Florida popping up to meet increasing demand.

Crackdowns have inevitably come, of course, from arresting mining operators to shutting down exchanges and businesses associated with bitcoin. Even still, a miner can earn enough to support a small family, and, as H-theory predicts, more and more Venezuelans seem to be seeking cryptocurrencies as a result.

Zimbabwe’s ills are many, from a brutal history with colonization to its independence riddled with government corruption, it too seems poised for H-theory.

As of this writing, it appears the country is involved in something of a coup d’état, which falls right in line with H-theory expectations. Zimbabwe’s inflation is so legendary, its trillion dollar bills can be had on Amazon.

Unlike Venezuela, mining isn’t happening in the nation. This explains its five-figure price for bitcoin, as the world’s most popular cryptocurrency must be purchased at a sizeable markup due to incredible demand. As of publication, bitcoin was trading at roughly twice that of western countries.

Problems extend to international transfer issues because its currency being a laughing stock; remittances are nearly impossible due to exchange rate fluctuations (reports have people sitting down for a meal at one price, only to be charged another by meal’s end). The good news is, nothing beats bitcoin for a store of value, so more Zimbabweans are long on bitcoin, and they’ve taken to saving it.

True enough, no country has demonetized to the extent we can determine H-theory to be a useful predictor of bitcoin adoption. However, countries like Japan might be used to prove and complicate H-theory, as the country has defied most expectations and embraced bitcoin as a legal payment method. A very smart move.