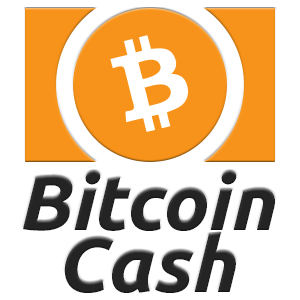 Back in October, news.Bitcoin.com reported on BCH developers discussing a change to the network’s current address format. Right now, there have been issues with people sending BCH to BTC addresses or vice versa; making the mistakenly sent funds unspendable. Bitcoin ABC’s lead developer, Amaury Séchet, has announced proposing to fix this problem after the new year with a new address format called the “Cashaddr format.” The protocol is based on work designed by Rusty Russel – who helped configure the format from a codebase called “bech32,” proposed by bitcoin developer Pieter Wuille.

“Bitcoin Cash has been in need for a new address format for quite some time — There is an immediate problem as people mistakenly send BCH to BTC address and vice versa, which is made worse by the fact that Segwit on the BTC chain had the brilliant idea to leverage outputs that anyone can spend, which make the recovery of the funds delicate on the Bitcoin Cash chain,” Séchet’s proposal explains.

While the problem of funds sent on the wrong chain is pressing, there are other reasons we need to update the address format. It is imperative that the chosen standard for Bitcoin Cash address the various issues present in the current address format as we cannot change addresses every other Tuesday.

Séchet: ‘We Aim for Deployment Around January 14’

Séchet details that the Cashaddr format utilizes a strong checksum which ensures detection of up to 6 errors in an address and 8 in a ‘burst.’ The format also functions better with QR codes and allows the use of the alphanumeric mode. “It is also much faster to encode and decode than the previous format, which is important for a system having to handle a large number of addresses,” Séchet emphasizes.

The Bitcoin ABC programmer explains that there’s a need to reduce address confusion and he believes it is necessary to deploy the upgrade soon.

“Deploying such a change on the network will take some time for all wallets, exchanges and merchants to upgrade,” Séchet notes. “Christmas and the new year is coming soon, and nobody wants to do such an upgrade during this time.”

As a result, I propose we aim for deployment around January 14, 2018. This leaves two months for everybody to get ready which I think is reasonable. Delaying further would push us into the Chinese new year territory, which is also undesirable.

Currently, the community seems optimistic about Séchet’s suggestion, but some seem confused to whether or not the upgrade is a protocol change. Openbazaar developer, Chris Pacia, explains to BCH supporters that it does not require a hard fork.

“It’s not a protocol change — It’s a change to the address serialization,” explains Pacia. “Obviously you only want to use a wallet that uses the new address type if other wallets understand it and are capable of paying to it. It’s kind of one of those things where everyone should upgrade around the same time to avoid segmentation,” the developer concludes.