After almost endorsing cryptocurrencies, Blackrock Inc’s Chief described toReutershow the world’s most popular cryptocurrency “is tiny in the scheme of financial markets. There’s too much focus on bitcoin,” he lamented. “I don’t know why it has so much fascination for the press,” he continued at an annual gathering of financial elites in New York City.

Bitcoin is Cross-Border and Anonymous

On 13 November 2017, Mr. Fink’s tone was somewhat irked at the financial press’ preoccupation with bitcoin. Attention is due to its historic growth in price and valuation, the spin-off markets it created, and the subsequent innovation sweeping the corporate world. 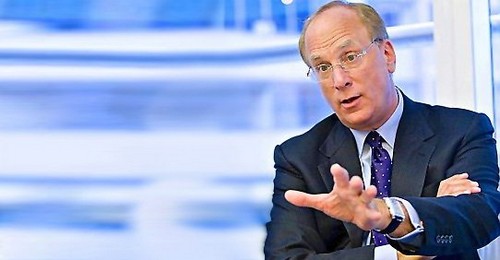 Undaunted by it all, he seemed to dismiss the entire affair, noting, “The reason why it does so well is it is anonymous. It’s anonymous, and it’s cross-border,” he told the conference.

Blackrock is a bank readers have might not have heard of, but the reader’s banker surely has. It manages near 6 trillion USD in assets, and operates what’s known as a shadow bank, a bank to banks, operating just outside traditional depository banking.

“If you legitimize [bitcoin] ,” he continued, “you know who your counterparties are…the question is how many people will use it if you have to acknowledge you are a buyer or a seller.” As he has been quoted before, Mr. Fink publicly worried the cryptocurrency is little more than a “very speculative instrument. More importantly, it is an instrument that people use for money laundering.”

Instead, he wanted to steer the conversation to his company’s comfort zone, stressing how someone younger looking to beat inflation should plow money into bonds and stocks. “100 percent equities is the right investment strategy,” he urged.