The last few days have been adventurous for the cryptocurrency market. Bitcoin price reached up towards $7,500, while almost $10 bln worth of trading was accounted for, more so, the market cap of the cryptocurrency world reached a record $200 bln. 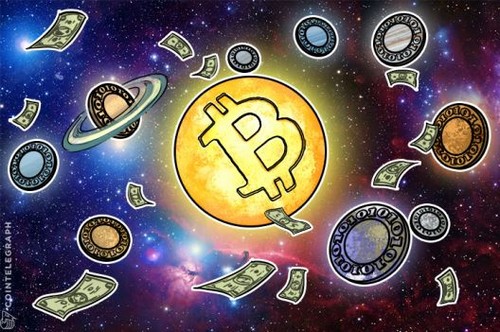 However, since those momentous numbers were hit a few days back, more interesting happenings have occurred. There has been a slip back on a lot of the altcoins, while Bitcoin has remained steady, but even with that altcoin dive, the market has maintained over $200 bln.

The king of crypto

The usual volatility that dogs the cryptocurrency world has sunk its claws deep into the altcoin market, all the while Bitcoin has remained relatively stable, as well as managed to help pick up the slack.

On Nov. 2, seven of the top 10 Cryptocurrencies took a massive dip while Bitcoin only continued its upward trend. The ones that didn’t dip include Bitcoin, Bitcoin Cash and Ethereum Classic.

During that time, Bitcoin’s sway of the market reached $125 bln of the $200 bln, and it was this more than 60 percent hold of the market that managed to keep the cryptocurrency ecosystem above $200 bln.

Bitcoin’s dominance across the entire market shows that it is indeed the go-to digital currency as the crypto-ecosystem continues to explode. Little else seems to really matter when it comes to buying and selling cryptocurrencies as nothing is even keeping up with Bitcoin.

However, this could only be temporary as Bitcoin is heading towards yet another controversial fork. Bitcoin price is still mainly driven by speculation, and it is very likely we will see a price correction around the time of the SegWit2x hard fork.

This will be when the altcoins have their time to shine as many investors will start to diversify their funds into other coins that will be more stable over the time of the proposed hard fork.

Altcoins of course still have a major role to play in the market, but their dominance is waning and their influence even more.

There are only two cryptocurrencies over $10 bln. Ethereum still sits in second place with a total valuation of just under $28.5 bln. Bitcoin Cash is still third, but its cap lost nearly $1.3 bln after its own value was inflated by speculation then dropped.

A drop in the bucket

The market cap of the cryptocurrency market does look impressive, but relatively it is still small fry. What needs to be marveled at is rather the speed of its growth. Going from under $20 bln on Jan. 1 all the way to $201 bln on Nov. 5 is incredibly remarkable.

When the market cap starts flirting with the trillion mark, it will then be attracting some major attention.