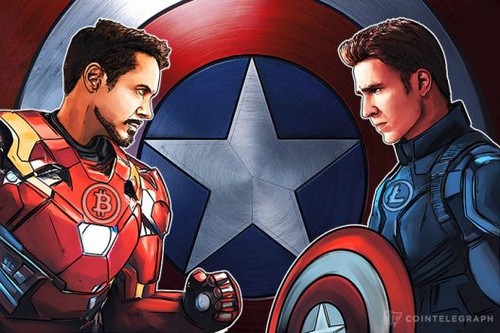 It appears when perusing CoinMarketCap that the biggest competition for Bitcoin would be number two – Ethereum. However, according to the Motley Fool, the biggest risk for Bitcoin may actually come from somewhat lower – Litecoin.

Litecoin was created by Charlie Lee in 2011 and uses similar protocols as Bitcoin. According to the analysis, Bitcoin and Ethereum are really after completely different marketplaces. Bitcoin is really designed as a currency and store of value protocol built on consensus, while Ethereum is more of a functional platform that also provides a cryptocurrency for internal transactions.

However, per the analysis, Litecoin is essentially the same as Bitcoin – a currency and a store of value. While Litecoin has already completed the SegWit upgrade, and offers rapid transaction times, like Bitcoin, the platform allows for simpler protocol upgrades. While only Overstock accepts Litecoin among institutional-level companies, that isn’t the fault of the currency, but a problem of focus. Per the Motley Fool analyst:

“Litecoin hasn’t been nearly as successful, but that looks to be more a function of its creator, Charles Lee, taking a backseat for years and only recently putting his full effort behind building up his cryptocurrency’s use.”

Whether anything can challenge Bitcoin’s dominance or not is still not clear. The Litecoin Foundation, however, believes both should function concurrently without any problems since Litecoin focuses more on payments.

Although it’s good to have some exposure on a major media, we don’t believe Litecoin is the biggest competitor for Bitcoin. Bitcoin and Litecoin will have different focuses. Litecoin will definitely focus more on payments. https://t.co/e6u1ZGbsiV