Overstock may be an online retailer with Blockchain investments, but the market seems to be treating it as a Blockchain company. Should Overstock now start focusing on its Blockchain businesses. 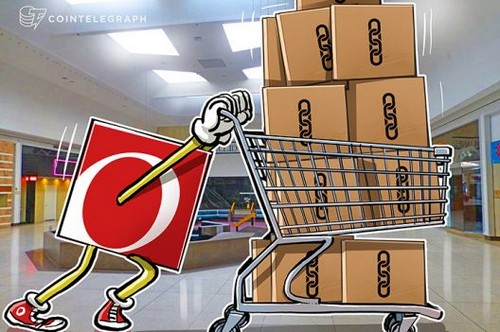 Overstock has had a fantastic 2017. The stock price has risen from $17.70 at the beginning of the year to $53.15 at the close of 10-November, a gain of 200%. The stock price shot up by 30% on Thursday, after the Company reported a pre-tax loss of $6.5 mln in Q3 2017. The underlying earnings seem to have no correlation with how the market is valuing Overstock. The optimism is due to the belief that the investments that Overstock has made in Blockchain technology will eventually pay off. Overstock’s ICO plans also seem to have enthused the markets.

Should Overstock focus on Blockchain?

As far as valuations go, the stock market seems to be ignoring Overstock’s core business of selling home goods and clothes. The entire focus seems to be on its proposed ICO and its investments in the Blockchain space. The market seems to actually cheer Overstock’s indication that it could sell its home e-commerce business. D.A. Davidson analyst Tom Forte raised his price target on Overstock to $85 from $57. In a note to clients, Tom Forte wrote:

We now see the possibility of unlocking value in its two most significant assets — its home e-commerce effort and Medici Ventures (portfolio of nine companies that, to varying degrees, leverage the Blockchain).

While the primary objective a company’s management is to increase shareholder value (and boost market capitalization), they should remember that the market is a fickle animal. Earlier this month, a company’s stock price increased by 400% when it changed its name from On-line Plc to On-line Blockchain Plc. So changing the Company’s strategy based on the latest fad might not be a good driver of long-term shareholder value. Overstock could decide to transform itself into a Blockchain company, but that should not be because the market values Blockchain companies at a premium.

Amazon started as a bookstore

The idea that Overstock, an online retailer of home goods and clothes, could sell its core business does seem radical, but is not without precedent. Amazon, which was founded in 1994 as an online bookstore, has transformed itself beyond belief. It now obtains ~$16 bln from selling cloud computing services alone. Nokia, which was the leading seller of mobile phones in the 2000s, was founded as a pulp mill in 1865. There are many instances of companies transforming themselves and changing with the times. If Overstock does focus on its Blockchain business and is successful, not many people will remember that it started off as an online retailer.