Bitcoin has reached a new all-time high of $7,888 as participants of the SegWit2x hard fork announce they have “suspended” it. 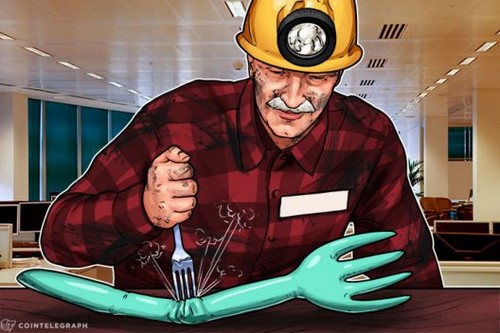 A circular sent to the mailing list by major proponent Mike Belshe says that it was “clear” the project “had not built sufficient consensus for a clean blocksize upgrade at this time.”

SegWit2x will therefore not activate Nov. 16 as planned, Belshe not naming a possible future date.

“Our goal has always been a smooth upgrade for Bitcoin. Although we strongly believe in the need for a larger blocksize, there is something we believe is even more important: keeping the community together. Unfortunately, it is clear that we have not built sufficient consensus for a clean blocksize upgrade at this time. Continuing on the current path could divide the community and be a setback to Bitcoin’s growth. This was never the goal of SegWit2x.” 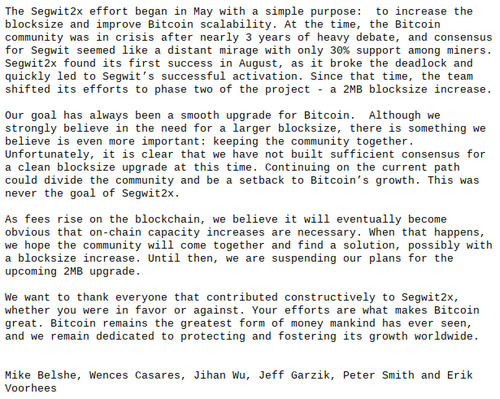 Bitcoin prices shot up immediately the news became public, reaching a new all-time high just under $8,000 before steeply reversing, followed by a bounceback to around $7,700.

SegWit2x had received a barrage of opposition from across the Bitcoin industry, with its few supporters likewise coming under pressure to justify the hard fork.

A lack of replay protection – a mechanism preventing coins being accidentally spent on both chains – was a major criticism that made even Nick Szabo come out against SegWit2x today.