India’s central bank, Reserve Bank of India (RBI), has previously announced its plan to ban the use of virtual currencies as a form of payment across the country. The central bank, however, has shown its support to Blockchain, which is the technology behind the cryptocurrencies. 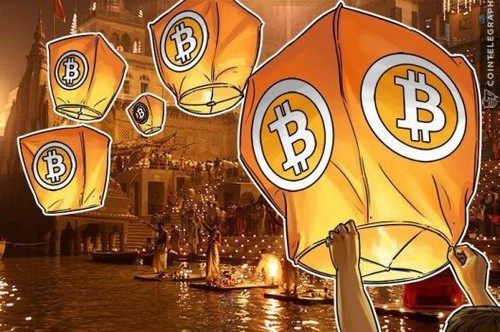 At a conference held in Mumbai, India on Nov. 6, 2017, RBI executive director, S Ganesh Kumar, has hinted that the digital currencies such as Bitcoin and Ethereum will not be allowed to be legally used across the country.

“Our current position on Bitcoins is that we will not be using it for any payments and settlements…though the technology underlying cryptocurrencies will not end.”

Despite SBI’s rejection of the cryptocurrencies, the central bank seems to see significant promise in the technology used to power the digital currencies called Blockchain. In his comments, Kumar has stated that the technology showed great potential in the financial sector.

As a proof of Blockchain’s great promise, several banks in India such as ICICI Bank, Kotak Mahindra Bank and Axis Bank are already using Blockchain in such applications as overseas transactions and international remittances.

The cryptocurrency market in India accounts for just a very small portion of the country’s financial sector. Digital currencies are mainly used as an investment option. The leading virtual currency Bitcoin is accepted as a form of payment at only a few restaurants, and several cryptocurrency exchanges allow users to use the digital currencies as payments for books or movie tickets.

However, the possible ban of the digital currencies in India has displeased the players in the country’s virtual currency trade. According to Bitcoin exchange Zebpay cofounder Sandeep Goenka, they will try to educate the government about the cryptocurrencies.

“We will do our best to continue with our efforts to educate the government about cryptocurrencies. It can be useful for India by turning the country into a fintech hub, to increase financial inclusion, and there are several other benefits of it.”

Thousands of These Computers Were Mining Cryptocurrency