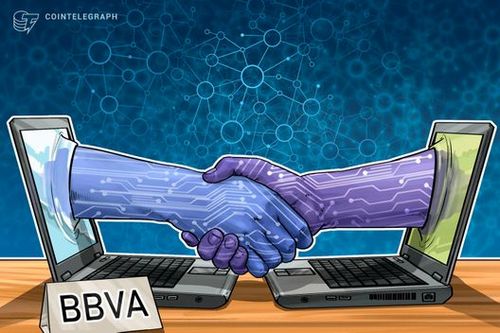 The new blockchain-powered loan contract will reportedly boost the efficiency in financial processes of the company, allowing for better transparency and traceability of contractual process.

Settling the loan on a blockchain allows both parties to independently monitor the stages of a contract, as well as the conditions. The pilot also includes digitization of the negotiating process with the management time expected to be reduced “from days to hours.”

Last month, the BBVA reported that it signed another blockchain-based agreement with one of the leading global oil and gas industry companies Repsol to renew a credit line worth €325 million ($377 million), which is reportedly the first application of blockchain technology in the sphere of corporate finance.

While the company is actively embracing blockchain technology, also applying distributed ledger technology (DLT) in processing and handling shipping document submissions, BBVA CEO Carlos Torres recently claimed that blockchain is “not mature” and faces major issues. Torres added that, despite its contemporary challenges, “when it is mature and regulators are ready,” BBVA wants to have the tools necessary to apply the technology to relevant use cases.

Dottie Pepper On Fort Worth Invitational: ‘Every Hole Is Distinctive’

A Middle Way Forward for Blockchain