The report notes that these new technologies, evidently including Blockchain, although they don’t mention it by name, “could require JPMorgan Chase to spend more to modify or adapt its products to attract and retain clients and customers or to match products and services offered by its competitors, including technology companies.”

This competition could potentially “put downward pressure on prices and fees for JPMorgan Chase’s products and services or may cause JPMorgan Chase to lose market share.”

J.P. Morgan Chase has added a segment on cryptocurrencies to the “Risk Factor” section of their 2017 annual report to the US Securities and Exchange Commission (SEC), filed yesterday, Feb. 27.

The annual report mentions cryptocurrencies under the “Competition” subsection when describing how new competitors have emerged that threaten J.P. Morgan’s operations:

“Both financial institutions and their non-banking competitors face the risk that payment processing and other services could be disrupted by technologies, such as cryptocurrencies, that require no intermediation.”

Last week, Bank of America’s (BOA) released their SEC annual report that also contained a mention of cryptocurrencies as a threat to their business, with the risk of competition described in very similar terms: “the widespread adoption of new technologies, including internet services, cryptocurrencies and payment systems, could require substantial expenditures to modify or adapt our existing products and services.”

J.P. Morgan Chase CEO Jamie Dimon had made waves back in September 2017, when he called Bitcoin a “fraud” and threatened to fire any employee that traded BTC on company accounts. Since then, Dimon has backtracked slightly, telling a Cointelegraph reporter at the Davos World Economic Forum that he is not a “skeptic” on cryptocurrencies.

In the beginning of February, an alleged internal report from J.P. Morgan Chase referred to cryptocurrencies as “innovative” and “unlikely to disappear” , also noting cryptocurrency’s potential to be successfully applied to payment system areas that are traditionally problematic or slow, such as cross-border payments. 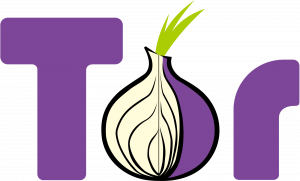